I finally got around to  getting done the fan art that's been foremost in my collection of ideas for the past couple months.
Number 22 (1981) was the first ROM issue I ever had and in effect it started a chain reaction of fandom with me from the early 80s to today. So it seems this commemorative fan art is a good foot note to end things here. Yeah that's right, in my never ending quest to curb my time on the internet and lead a more productive life in the real world (mainly for more sleep and exercise in my schedule) I've decided to suspend writing any more of these time consuming postings indefinitely. It's no big deal I'll still be sharing all cool ROM related things with those of you I correspond with through other means outside of this blog such as on deviant art and by email, but I still don't do farcebook.

But let me leave you with some of the cool stuff I saw last weekend while I was in Alameda for an afternoon. By the way that's the same city I ran into that guy who had the cool Nova t-shirt earlier this summer. Anyways, first up I took a photo of this cool new Star Wars window display at Toy Safari which as you can see carry's among other things vintage sci-fi and comic book based toys from the 80s.

Only a couple retail spaces down was this new place called High Scores Arcade which is a video game arcade that features exclusively old school games from  . . . . yep you guessed it the 80s! You can get a look at the inside of the place here  http://www.highscoresarcade.com/games.html

Posted by Shlomo Ben Hungstien at 12:37 AM 7 comments:

You may recognize this as a black n' white sketch art I did earlier this summer. Just on a whim I decided to add some color to it and give it something of a back ground scene. Speaking of ROM and Captain Marvel last weekend I was sporting my ROM t-shirt while visiting a comic shop in Fremont and I noticed this sign outside the building that housed the suite the comic shop was located in.

Rick Jones wasn't a retired cop but he was a side kick for a few marvel super heroes over the years and was considered to be an ex-Avenger right? So really that's not too far off the mark from being an ex-cop when you think about it. Aside from that the two guys there were so stoked about my t-shirt that one of them took a picture of it and then showed me a ROM Mighty Mugg he had stashed away (thanks Chris). Yeah I admit I was really geeking out that day.

On something of a side note here I was stoked to find this site last weekend that has the entire Union Jack 2006 London is Falling (SABRA sketch art by Maximegar Barini) mini-series which features Sabra in a readable online format. I already had #1 and earlier this summer I found #2 and #4 at the before mentioned comic shop earlier this summer on the cheap. So far I hadn't had any luck finding it in all my journeys through discount back issue boxes in the last few months but at least now I can read the issue and get the full story of the mini-series . . .
http://www.mixedmartialarts.com/thread/2266003/Union-Jack--London-Falling-2006-GagePerkins/?page=1

Posted by Shlomo Ben Hungstien at 1:04 AM 6 comments: 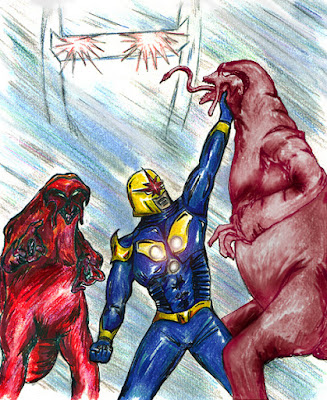 I finally had a complete chill day this past Sunday and I got one of my back burner fan art projects done. A couple months ago this British guy contacted me on deviant art about getting some input about this story line he and some friends had written having to do with this confrontation Nova has with the dire wraiths. As I understand it this is supposed to be some manner of online comic with something of a Halloween theme. Needless to say I liked their script and it inspired me to come up with some art work. At this time I don't want to give too much away about it but for now I can tell you this much, the dire wraiths are masters at deception which can be a formidable weapon that even raw power can't always over come as The Torpedo* found out the hard way. For this battle Richard Rider will need much more then his Nova Prime powers. Sometimes it's your will and even your imagination that makes the difference between life and death, in particular your brain getting sucked out of your skull kinda death.


For those of you who would like a comprehensive review of Nova's origins check out this cool video and yes they made sure to include ROM #24.

* Special note: The Torpedo and Nova were both co-created by Marv Wolfman 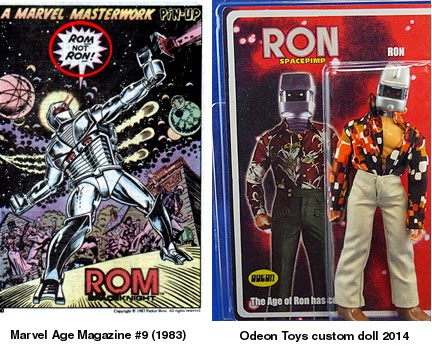 Sept. 23 Update: I just got confirmation today that the Marvel Age Magazine #7 "Ron" misprint has nothing to do with this custom doll for anyone who's interested in knowing. 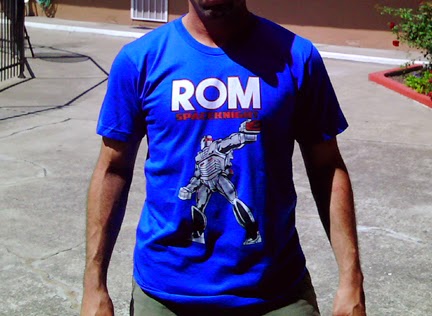 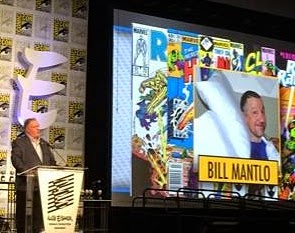