Bill Paxton passes away at 61 so to the grim reaper I say "Fuck you asshole!"

Unfucken believable! I literally only 30 moments ago just read the sad news about Bill Paxton having passed away during some sort of surgical procedure. Here we go again with yet another iconic actor from the sci-fi genre of the 80s passing away and we're not even done with February yet. Many people wouldn't know that his list of credits both in front and behind the camera is very extensive but I'm not going to get into a long winded posting about his fantastic career. But suffice it to say I loved Bill Paxton he's been in some great films both big and small that I've enjoyed since the mid 80s.
The land mark role that put him on the map no doubt was private Hudson from ALIENS but we actually saw Bill before that in a small part in the original classic Terminator film. Since then he's played in a number of great films like Tombstone, Apollo 13 and One False Move. He's also done some work on the small screen I remember him in particular most recently from Agents of S.H.I.E.L.D when that show was actually watchable. Bill was also in another great yet little known film that's one of my favorites from his acting resume. The movie is a modern day vampire film from the late 80s called Near Dark in which Paxton plays a psychotic vampire with an entertaining and twisted sense of humor when it comes to hunting his prey.

As most of you know we've lost a few celebrities this year so far I've posted about (Miguel Ferrer, Gordon Henley, Richard Hatch and now Bill Paxton). It's ironic that it would be a couple weeks ago that I would happen to spot this clip art in an issue of Battlestar Galactica. I say that because of the Star Wars reference in it (good for you if you can find it) and given that it was an actor from both Star Wars and Battlestar Galactica who passed away this month.

Posted by Shlomo Ben Hungstien at 9:49 AM No comments: 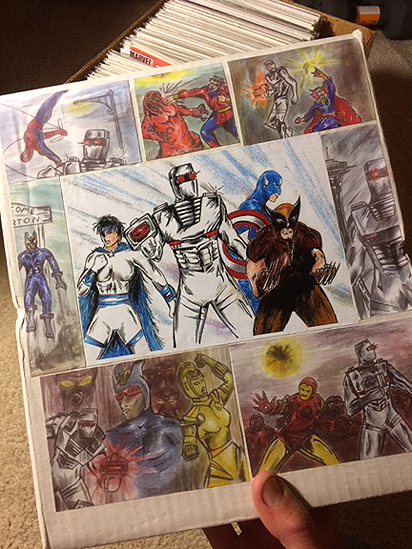 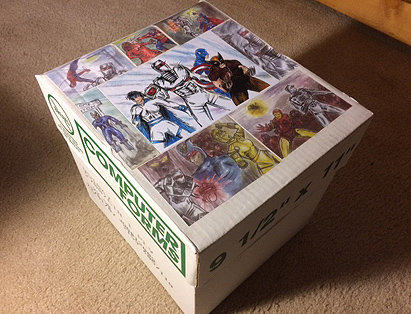 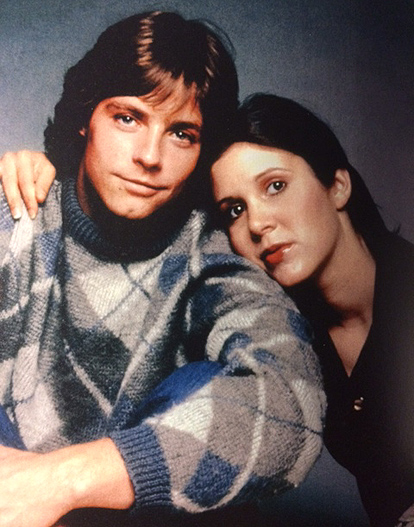 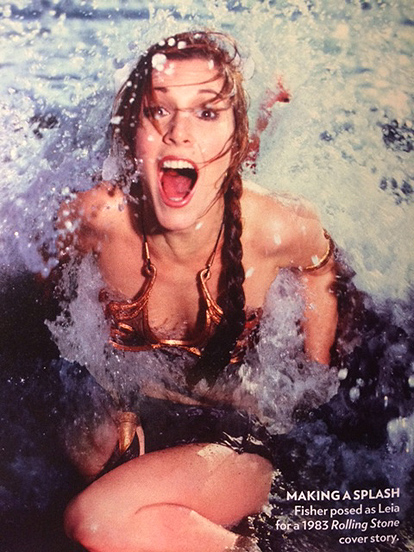 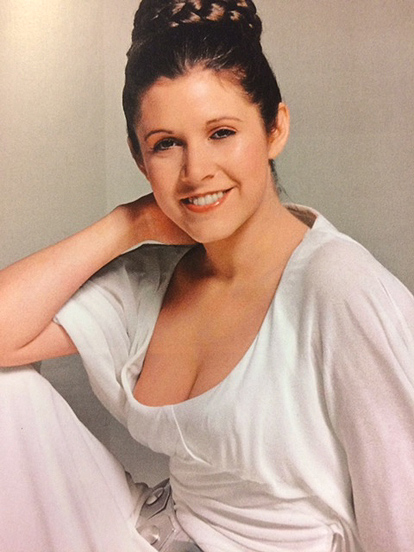 Posted by Shlomo Ben Hungstien at 10:13 AM 3 comments: 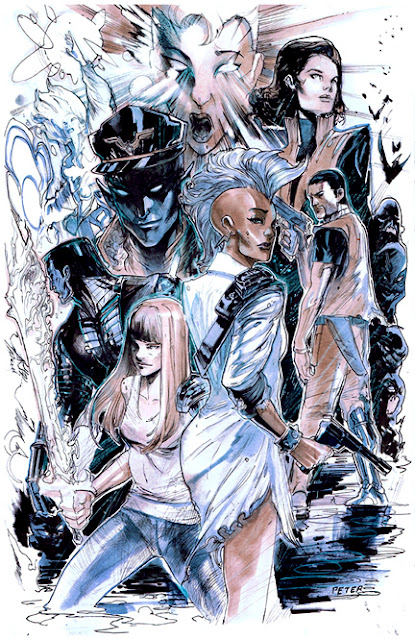 This is a commission art piece done by artist Peter Nguyen based on X-Men issue #188 which was the climatic ending of a 5 issue story arc (184,185, 186, 187, 188 all by John Romita Jr. and Chris Claremont) covering the assassination attempt on Forge by the dire wraiths. Ofcourse that broader story line of Forge's involvement in the Wraith War would continue in the pages of ROM. No ROM spaceknight collection is truly complete with out these important X-Men tie-in issues. Just noticed this in the latest Incredible Hulk trade paper back (Future Imperfect) just published last month. The TPB includes the Rick Jones wedding issue and I was happy to see the panels with ROM were not left out but that didn't come as much of a surprise given that ROM was not in his cyborg armor. Although even that may have been an over site given that Marvel these days isn't even willing to have ROM in any new stories as even human and being referred to in some other way then the name "ROM". And I would know because I've suggested it to them only to have that idea flatly rejected back in 2011 and again 2012. But Marvel definitely made an over site in the back pages featuring reprinted clip art in black and white which has a panel with some skrulls impersonating superheroes that Rick Jones has been a side kick to over the years. Quick, somebody go tell Hasbro (just kidding like they'd care). Well Gary (a very dedicated ROM curator), even though you already have all the individual ROM related Hulk issues it looks like you're gonna have to open up your wallet yet again and add this TPB to your collection.

February 14th Update: Started this sketch in the morning and finished it after I got home from work tonight. Just found my self in the mood to draw Storm today.
Posted by Shlomo Ben Hungstien at 8:48 AM 7 comments: 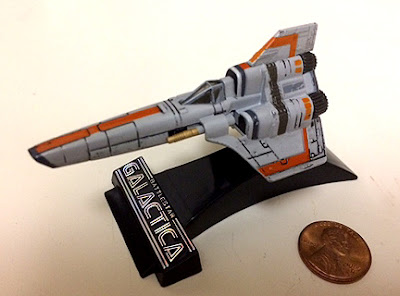 Exactly one month ago in a posting I featured an old photo of part of my toy collection back in 1981 that among other things included a few Battlestar Galactica figures. So I guess this seems like a good time to showcase the one toy I have these days from Battlestar Galactica. This was something of a rare find it was one of those toys that never seemed to appear in regular retail stores you just always saw the other ships you really didn't want that much and then one day you see it at a comic shop or at a convention going for twice or three times what it retailed for. Well anyways I saw just one at  a Walmart back in 2007 and snatched it up with out second thought.
Posted by Shlomo Ben Hungstien at 10:55 PM No comments: 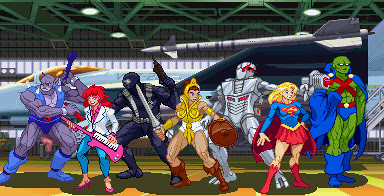 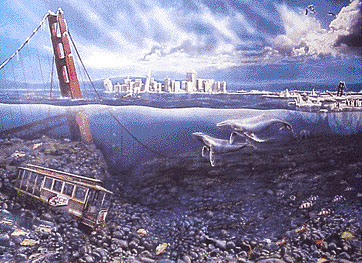 Getting back to the superhero genre fan art here's something new from my good friend and fellow ROM fan from the island of Crete (Greece). I've featured his work here before and have even been inspired by his stuff in regards to my own fan art. He recently did this sweet piece with Storm from The X-Men. But to see the full body view in her Savage Land costume variant you need to go to the link
http://nikoskap.deviantart.com/art/Savage-Land-Ororo-659747348
Posted by Shlomo Ben Hungstien at 12:04 AM 4 comments: