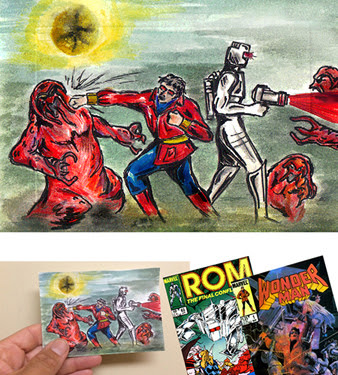 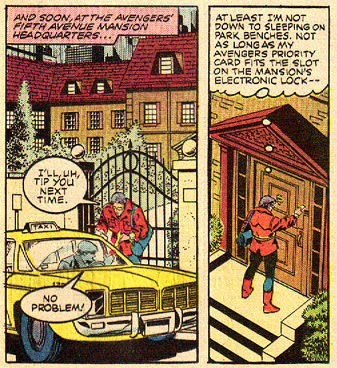 Posted by Shlomo Ben Hungstien at 2:23 AM 5 comments: 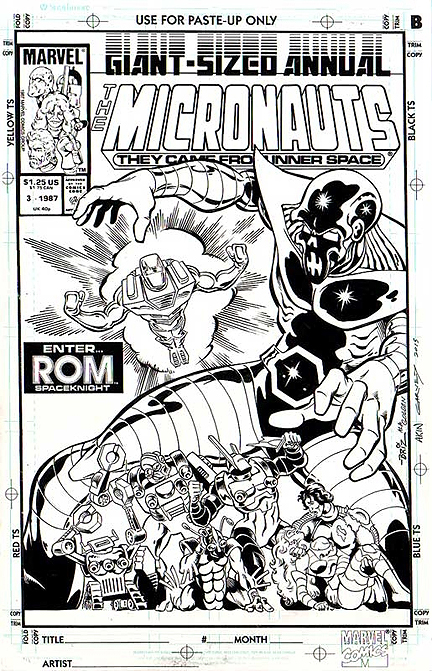 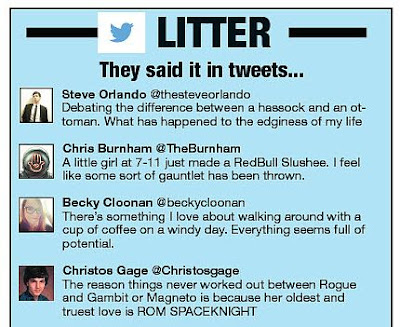 have you folks seen those NFL Direct TV commercials? I don't give a crap about football but those commercials are pretty funny none the less. I was talking to this dealer who looked like he was in the same age bracket as me about ROM and the last convention I went to a couple weekends ago. He was also telling me about how he hated the ditko art in ROM back when he was a kid but over the years learned to appreciate it or some shit like that. I told him fuck that it sucks now every bit as it did then. But this guy is another example of someone who hated ditko's work when he saw it at face value but later got caught up in ditko's legacy and now all of a sudden has a "new appreciation" for it, whatever. However there was one upside to ditko's work. It made the cancellation of ROM a lot easier to deal with I will say that even though at the time I thought it was being cancelled because readers were walking away from the series because of the shitty art.
I read Onyx#2 just before I went to work today it was pretty good. The story is definitely taking some interesting twists n' turns and you'll be happy to know Gary it does have some more ROM mentions in the back pages if you haven't discovered that already. I tell ya what would be cool if they inserted a ROM Easter egg some where in the story kinda like how they did in the first Predator movie with that one commando (Hawkings) reading a Sgt. Rock comic issue in a couple scenes. 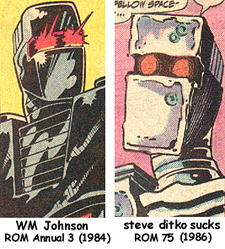 September 13 Update:
I just felt like adding something  to under score the point of this posting all humor aside. When you do a side by side comparison with an example of typical clip art from the pre-ditko era on ROM the contrast is almost shocking. So to all you "ditko mania" sycophants out there this is your wake up call.
Posted by Shlomo Ben Hungstien at 1:26 PM 15 comments: 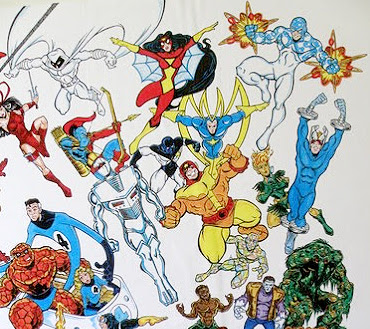 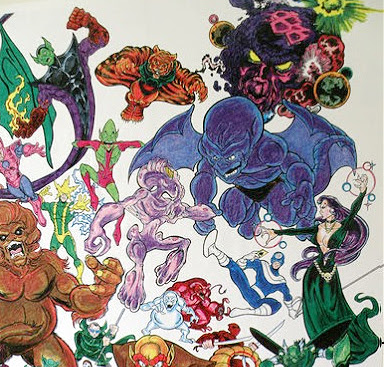 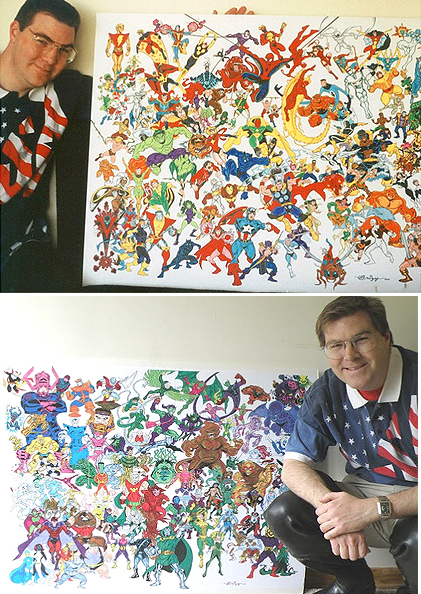 Hey Gary a heads up on this sure would have been nice, I'm just sayin. All I can tell you folks is that this is done by artist Brian Douglass Ahern who is also a well known ROM fan. Not only does he have ROM and The Torpedo in his heroes collection he also made sure to include ROM arch enemy Hybrid and a couple of dire wraiths among the villains.

Posted by Shlomo Ben Hungstien at 11:57 AM 7 comments:

This past weekend I went to a toy and comics collectibles show in San Jose where I grabbed a certain back issue from a $1 box. Not that it's all that hard to figure out what comic it was but for now I'll just not disclose that information. This is the first of a two page spread I was browsing through in which I was hoping to find Bill Mantlo or Sal Buscema in it. No luck there but on page one I did happen to catch something equally as blog worthy. I dunno if I'm the first ROM fan to ever catch this or if other fans out there never happened to mention it but there it is. Hopefully you've got a nice big monitor to look at this with.

Posted by Shlomo Ben Hungstien at 6:16 AM 6 comments: