A portrait of Bill and friends 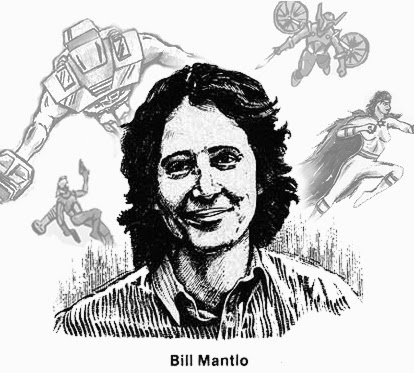 I found this really nice illustration of Bill while doing some random browsing on the net. It apparently was in the back pages of a Howard The Duck magazine from 1980. I then started to experiment a bit with various selected images from the fan art based on Bill's work I've done over the past couple of years and I think it turned out alright.
Update: And speaking of fan art of all sorts here's some stuff that's appeared recently that's worth taking a look at:
http://sh4d0vvkn1ght.deviantart.com/art/Rom-The-Greatest-Spaceknight-462666478
http://www.deviantart.com/art/Marvel-In-The-70s-Selfie-456455254
http://wrathcomics.tumblr.com/post/86617127750/starshine-sketch

This one turned up just a couple days after I published this posting you guys are gonna want to see this http://dannphillips.deviantart.com/art/ROM-takes-on-EVERYONE-463615019

Posted by Shlomo Ben Hungstien at 1:57 AM 12 comments:

The 80s Easter egg I totally forgot about!

For those of you who have been reading Marvel Comics since the early 80s ask your self how many times you've seen this little editorial cartoon by Al Milgrom? I know I have! Although I'm pretty sure it's been years since I last saw it and I certainly didn't make the whole Bill Mantlo/Rom - Micronauts Easter egg connection at the time and until it just turned up on farcebook earlier today I had totally forgotten about all together. According to Michael Mantlo, "this pretty much sums up bill's reputation at marvel in the late 1970's"

Also, here's something I bet many of you haven't seen yet despite me having posted on this blog before. It's a fun little slide show check it out when you have a few minutes.
http://www.slideshare.net/romspaceknight/etter-about-rom-spaceknight-sento-to-hasbro-marvel-and-disney

For those of you who saw my note here earlier I want to let you know that this new fan art from Dann Phillips I'm posting here today (June 17th) is not what I was anticipating. It's just coincidental that it turned up recently but who cares I'm just happy to post some sweet ass fan art whenever I get the chance. But with any luck I'll have even more to add here from some one else in what I hope will be within the next 48 hours (hint hint).


No, this isn't the fan art I've been anticipating getting for the past couple of days either we're still waiting for that. I just whipped this up this very morning for a good friend I haven't seen in a while until recently. It's probably no much bigger then that ROM sketch card by Phillips.

The hunt for related ROM artifacts, a team effort 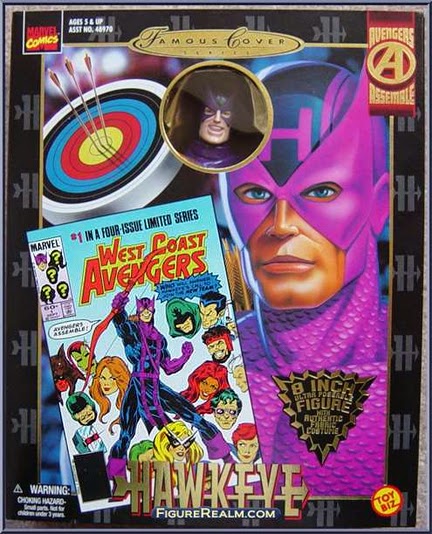 Just as Moses was given the responsibility of bringing the ten commandments to the world so have The Gods of Galador given Gary Martin Jr. the awesome responsibility of curating all Rom related published references most of which you've seen at this blog over the years. So here's a nice little back story I'd like to share with you all since it is rare that I find anything that Gary doesn't have or at least know about already.
I came across this boxed Hawkeye doll at the Big WOW Fest I was at recently. I gave Gary a heads up about it and the vendor's contact information because the packaging has the cover art of West Coast Avengers #1. As it turned out Gary didn't know about this and so given the Rom head shot among all the other floating heads of Marvel superheroes it has since then become part of ($20 later) his Hall of Science along with all the other curated Rom related collectibles he has. Now on the flip side here's something Gary shared with me which I didn't know about which is usually how our networking situation goes . . . .

You all remember Starlog Magazine right? It was the premier monthly publication on all things sci-fi and action adventure with a primary focus on movies and television. But the magazine did cover sci-fi and action adventure in other media as well. It ran from 1976 till 2009 with a grand total of 375 issues!
Our ever vigilant curator Gary Martin Jr. spotted this little Rom reference here along with other 80s Marvel titles that Bill Mantlo wrote and some he didn't. On a side note here, issue #24 of Starlog (also curated by Gary) features the Parker Brothers Rom doll among other electronic toys of the late 70s that were cutting edge technology at the time.

Sorry folks, no new Rom related fan art to feature this time around there just hasn't been anything out there for a while that's caught my eye. But on a high note for myself I did find some Sabra appearance titles on the cheap from this comic shop I visited for the first time today. Those issues were # 1 and 2 of the Union Jack mini-series and X-Men #69 and 72 (1997).


So what ultimately is the Sabra character all about? It's simple, don't fuck with the Jews. The entire Union Jack mini-series can be found here in a nice readable online format . . .
http://www.mixedmartialarts.com/thread/2266003/Union-Jack--London-Falling-2006-GagePerkins/?page=1

I've got a quick Monday update here. I just found something interesting in the way of some newly discovered fan art. It's a bit unusual but well worth a look, opinions?
http://julepe.deviantart.com/art/ROM-OF-GALADOR-459448272
Posted by Shlomo Ben Hungstien at 6:00 AM 10 comments: