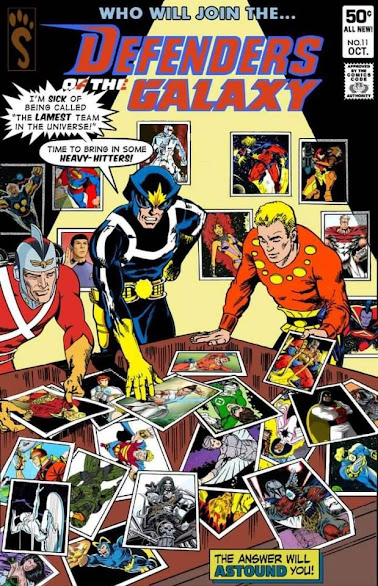 Today I inadvertently came across this really cool fan made cover art homage to All Star Squadron issue 1. It was on some site called Tumpik which I've never heard of before. The Tumpik page this art work was labeled as "Art Edit Credit to Roberto Coltro" so I guess Mr. Coltro is the artist. If you're a comic book fan then it's a good chance you've seen the source material this homage is based on but if you don't recall what the original cover art looks like a Google search take care of that easy enough. But this piece has a lot going for it along with being a nice cover art homage.

Although I'm quite grateful that among this multiverse Easter eggs collection we have The Greatest of The Spaceknights present, there's a lot of other great ones as well spanning from many different genres of sci-fi and comic book pop culture. I mean look at them there's Mr. Spock, Space Ghost, Silver Hawks and even The Mandalorian just to name a few. Also, the cover art has both Flash Gordon and Star Lord in it even though that's not the MCU or even the contemporary Marvel Comics Star Lord. It reminds me of the scene from Avengers: Infinity War where Tony Stark sarcastically refers to Peter Quill as Flash Gordon in which Quill responds by letting Tony know he considers that a compliment. 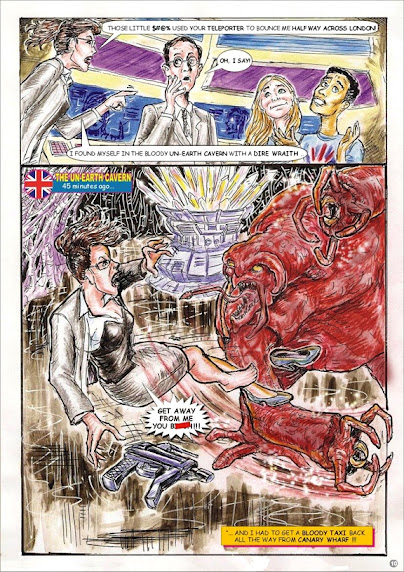 What you see here is a page from some sort of UK publication from the 90s that I think was affiliated with Marvel some how although I don't think there was any sort of official cross over story lines with the main stream Marvel Universe at the time. I'm not a big fan of the artist's caricaturist style when it comes to drawing people and the coloring needs some work. But the dire wraith is drawn quite well and having Forge's Neutralizer in the scene is a nice touch. Gotta think the artist and or writer was a ROM fan.

I was reading a copy of Incredible HULK yesterday and discovered two things. The first being that Sabra actually made a cameo appearance, meaning that technically speaking Incredible Hulk 256 was not her first Marvel Comics appearance. Considering how big of a Sabra fan I am I'm kinda embarrassed I didn't know have known that already. And the letters page also had this informal ROM promo. After reading that letter it's hard to imagine even a sub standard inker making Sal's pencils look lack luster. 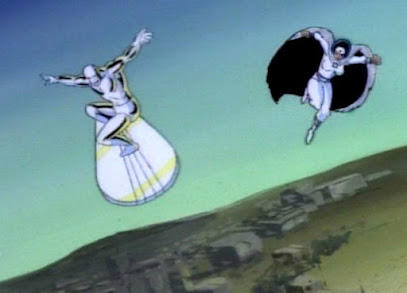 I recently found out that Marvel Comic Books is actually not the only media Sabra has appeared in. She also made a cameo appearance in the mid 90s Fantastic Four cartoon series episode 26. Her cameo was proceeded by a few others as The Silver Surfer flew through various parts of the world. I think that was a nod to Incredible Hulk 250 in which we see a similar event that gave us cameos of what was then new Marvel characters like Sabra and The Arabian knight among others. 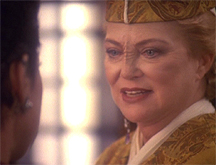 October 13th Update: Ya know it really pisses me off what celebrity deaths the media chooses to give a lot of attention to and which others they hardly make any mention off. I just found out about the passing of Louise Fletcher late last month. Fletcher was best known for her antagonistic roles as Nurse Ratchet from One Flew Over The Cuckoo's Nest and as Kia Winn from Star Trek: Deep Space 9. That was a great Star Trek series and she played one of those characters you love to hate, but in a good way. When you look back at her decades old acting career you'll realize she's popped up in many other roles you may not have recognized her in at the time such as in the 80s science fiction horror classic Firestarter. Fletcher was 88 years old. 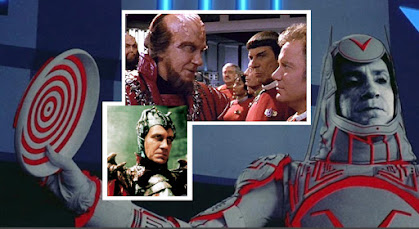 October 21st Update: Well here we go again with note worthy celebrity deaths missed by the media. I just found out that actor David Warner passed away at 80 way back in July. Ya know, it's not like his acting career consisted of just some commercials and as an extra on a few TV shows or something. TRON, Time Bandits, numerous Star Trek characters, The Titanic, Time After Time and the list just goes on forever. Rest in peace David and fuck the mainstream media for hardly saying a thing about your passing or the amazing work you did for decades but gave us 24/7 coverage of Queen Elizabeth's death for almost 2 or so goddamn weeks.