ROM the original by Tone Rodriguez 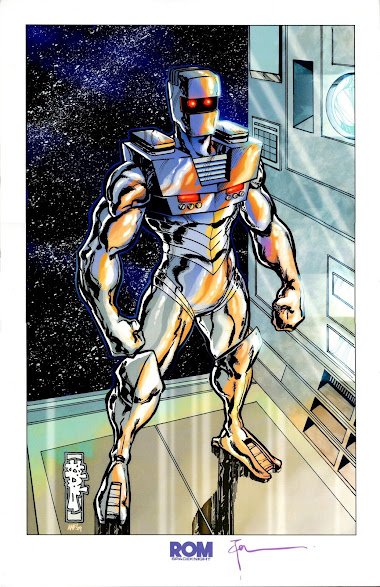 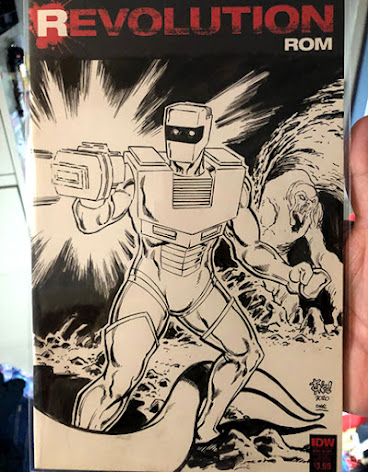 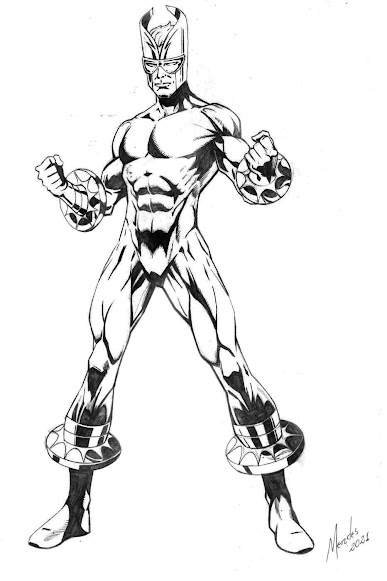 The two awesome ROM pieces by Tone Rodriguez have been around for some year now but this outstanding Torpedo fan art piece by Anderson Mendes was done just last month. And he does commissions  anders.mendes@hotmail.com

Dec.8th Update: Just came across this archival newspaper article someone posted on twitter from the Calgary Herald back in October 22, 1979. That's pretty amazing that ROM's debut issue got any kind of mention in a mainstream Canadian newspaper to say nothing about an actual full blown article. The author Patrick Tivy, may or may not still be around today but if he is it would be interesting to talk to him today in reflection to this article he wrote over 4 decades ago. The article offers some interesting insight into the comic book collecting scene at the time. It's an enjoyable read but the very last part of it annoyed me a bit. 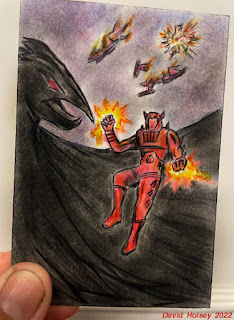 Dec.14th Update: Seeing cool fan art from other artists almost always makes me want to do something new myself so here we go. This is a tribute to ROM 19 in which we learn of the fateful show down between Firefall and a deathwing during Galador's first spaceknight battle with the dire wraiths. Firefall's (Karas) final fate as a soul trapped in Limbo was always a loose end I wish that had been tied up by the end of the series. Could have been something cool for Marvel to use in the post ROM spaceknight series years. But instead, true to form for Marvel they've done almost nothing but shit instead for the last 20 years.

Posted by Shlomo Ben Hungstien at 9:40 AM