David Prowse, a force to be reckoned with 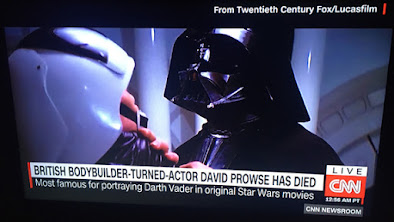 I actually heard about this while checking out the news before I went to bed last night. We still have a month to go of this shit year and the hits to my cherished childhood memories just keep on coming. Farewell David Prowse you certainly made your mark on cinematic history. 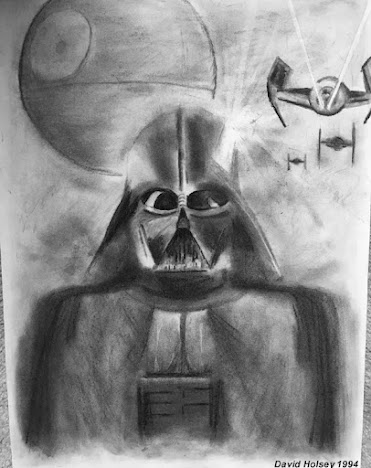 Speaking of celebrities from my childhood who had made their mark on cinematic history we also recently saw the passing of Sean Connery. And then there was Eddie Van Halen who also recently passed away. In a different aspect of show biz ofcourse but those classic rock 80s MTV days are certainly among my cherished childhood memories as well. 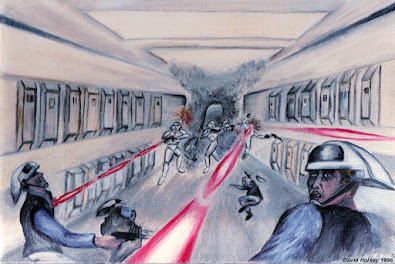 I thought I'd use this opportunity to share a number of Star Wars fan art pieces I did back in the mid 90s to celebrate David Prowse's legacy and all things Star Wars. 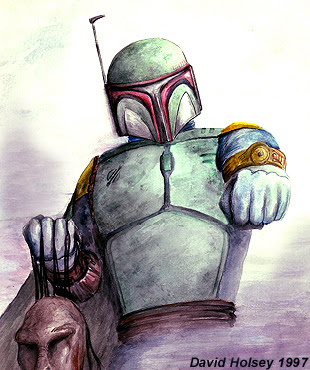 Now this Boba Fett vs Imperial Storm Troopers fan art is actually a joint effort. It started off as a pencil sketch by a good friend of mine and he asked me to add some color to it. 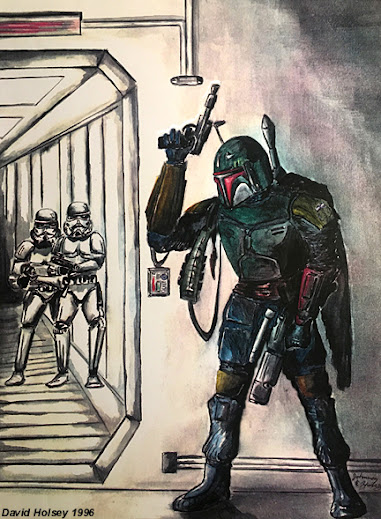 Now this customized fan art greeting car is actually something I did today because I just love The Mandalorian series so damn much. And it seems like with every new episode it just keeps getting better and better. I did this for a buddy of mine at work who's also a big fan at the cost of stating the obvious. 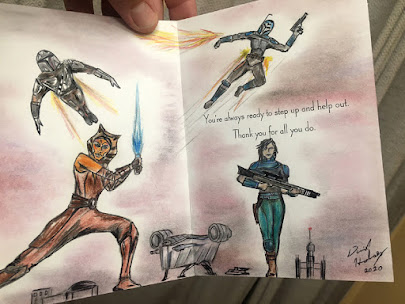 December 18 Update: Literally only seconds to go before I'm about to watch the final episode of The Mandalorian for season 2 I happened to catch some online news feed about Jeremy Bulloch having just passed away. How fucked up is that!? Especially with David Prowse having passed away not even three weeks ago. 2020 has been such a shit year that can't be put into the rear view mirror fast enough! Seriously. 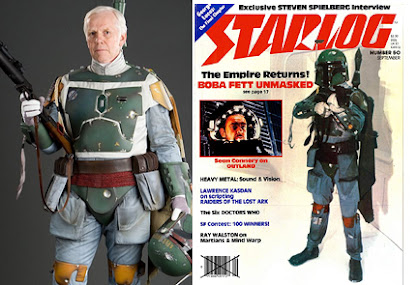 January 3rd Update: Finally, I was able to get some Rogue 1 fan art done! Not simply the best, but the only good Star Wars movie in the last 22 years. This was long over due. Pardon me for going to what technically was last year with this recent fan art but I feel like keeping all the Star Wars stuff together. 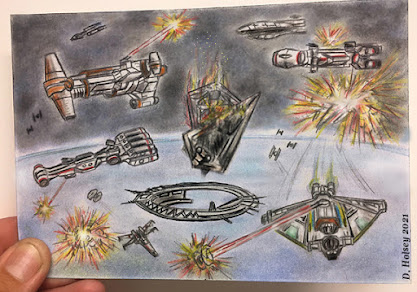 Posted by Shlomo Ben Hungstien at 9:17 AM