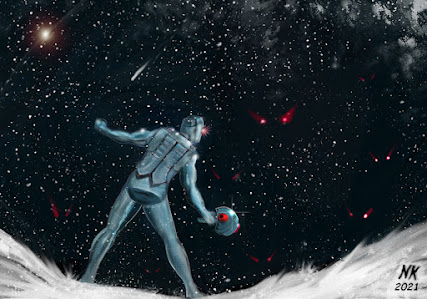 I've been bugging my good friend (and fellow artist and ROM fan) from Greece for the past couple months or so to do a little more ROM fan art. And sure enough on Halloween day no less he sends me this amazing piece. When asked what was his inspiration for it he replied with the following . . . .

"Well, for me reading Rom always felt a bit like a horror story so I wanted to draw something that gives a sense of that and making the threat vague to the viewer I believe it works better sometimes." 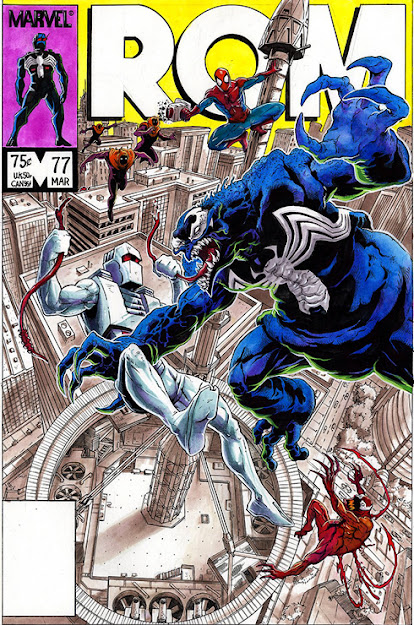 The following fan art is stuff that's been on social media for years now so you might have seen it before but tonight I felt like it was time for these works to take their place on this blog. Up top from Preston Asevedo we have a rather creative "What If" themed concept of what a cross over between The Spider-Man and ROM story lines might have looked like. Creative, interesting and well illustrated from basic drawing principles stand point. Just the kind of fan art I love to see. Plus, with the Venom sequel having recently come out it seemed fitting to feature this one from Asevedo here.

Now these 3 by Rich Wentworth are also cool for many of the same reasons. Although they each scene deosn't have as much going on in them as the Asevedo piece they still feature ROM in some sort of setting that kinda plays with your imagination and in general they have a certain style to em that I like. 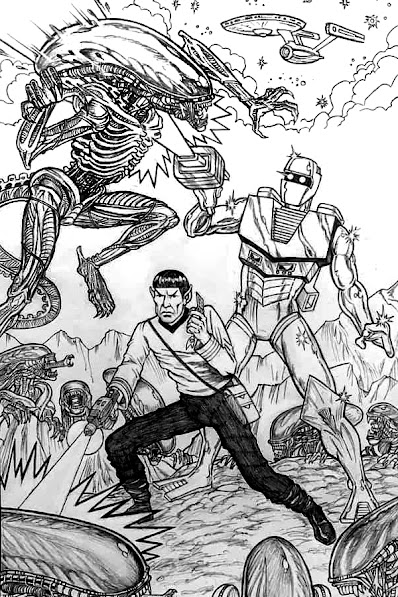 October 13th Update: I'm making a late addition to this posting with this here fan art by Lou Russo. I can't imagine what sort of "what if mutliverse" kind of scenario that would have brought together these three franchises. But given that I love Star Trek, the first two ALIEN films (the rest sucked) and ofcourse ROM, I can't help but be intrigued. Seems appropriate to update this posting with this piece from Russo's today given that William Shatner a.k.a Captain Kirk was actually just in space today.
Posted by Shlomo Ben Hungstien at 9:49 PM