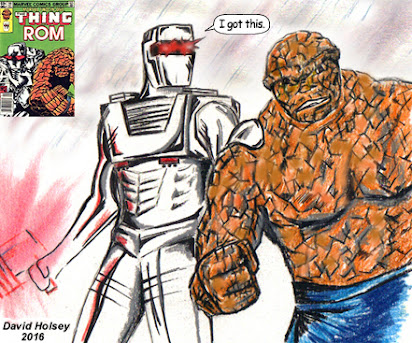 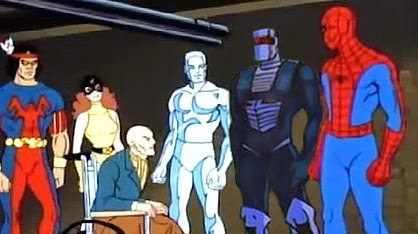 Why our pal Sal left ROM in his words

So just yesterday I bought online from TwoMorrows Publishing a copy of BACK ISSUE #32 (last posting) but unfortunately #16 was only available in digital format. The reason why I wanted that one too was because of another great article it had with Sal Buscema and Jackson Guice in which we find out in Sal's own words why he left ROM which was a tragic moment in the anals . .oh wait I meant to say annals of Marvel 80s history . . .

You can read more of the article here . . .  http://twomorrows.com/index.php?main_page=product_info&cPath=98_54&products_id=382


Jan. 27 Update: Just got my copy of BACK ISSUE #32 in the mail this past weekend and it's a real humdinger! There's much more in the article then what you see in the online preview and worth every penny since it only cost me  just a bit over $8 with A+H and tax. This issue is a must have for ROM, Bill, Sal and Al Milgrom fans here's an excerpt from my published copy.

Posted by Shlomo Ben Hungstien at 1:11 AM 7 comments: 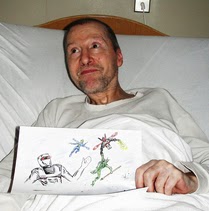 A big thanks to Michael Mantlo for sending me this photo from this weekend's visit to Bill. As you can see I sent a copy of my ROM Micronauts holiday fan art to Michael just in time for him to have it for what was then the upcoming visit to Bill. It's so cool to think that the same guy who wrote the entire ROM series along with so much other great stuff for Marvel during the 80s is enjoying something I drew that's based on his prolific career. As you all know Bill had a knack for writing comics based on toy lines but let's have a look at a couple of toy based titles Bill didn't write that are worth having a second look at . . . 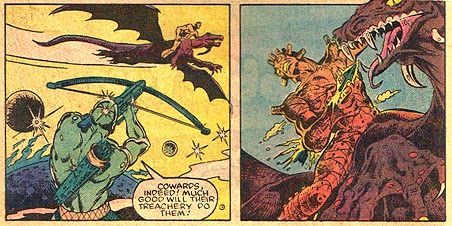 Another big thanks to the lovely and ever charming Randomnerd for loaning me her Crystar series. I've already read the issues I used to have and it's been a real joy reading them now as opposed to when I kinda sorta did in my early teens. They're actually pretty well written and ofcourse in general it's great to now be able to read all 11 issues of the series. Written by Jo Duffy by the way, you all should know of her aside from her career in Marvel Comics I've also posted about her here because of her editing work on ROM spaceknight. 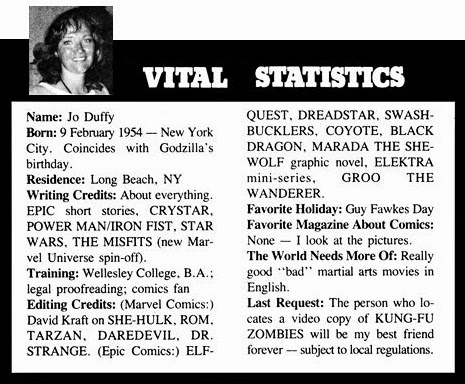 And on the same day I got Random's Crystar collection so also arrived the 3 issue mini-series of The Power Lords from ebay. Ever since I coincidentally found issue one at a flee market last summer I've been wanting to read the other two issues again.  Back in the day (1983) I used to have issues 2 and 3 and shortly there after as a random gift selection my mother had gotten me a few of the figures for X-Mas. I think as far as the comic goes the big selling point for me back then was the inherent intriguing visual nature of the characters which I think Mark Texiera's dynamic pencils really brought out the best off. 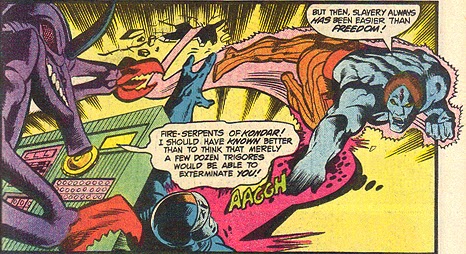 In terms of the story and dialogue it was largely what one might expect from a toy based mini-series of the early to mid 80s but it wasn't a bad read in the here and now and it still brought back some good memories. But at the same time I think Mantlo and Duffy would have done more justice to it. The Power Lords franchise has earned a place in the 80s vintage toy arena despite it having been some what less then a success back then but like with Crystar I'll always have a bit of a soft spot for them. 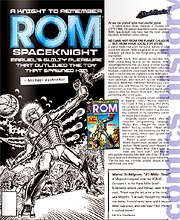 Jan. 12 update: Gary, I don't know how you find this stuff! What a fantastic article this 2009 #32 of Back Issue magazine has about the Al Milgrom alternate ROM #1 cover art as well as on Bill Mantlo and the business of comic book titles based on licensed properties. So now we know where that "mock up" in my Jan. 1st posting came from.You can read a digital copy online at the link below . . .
http://twomorrows.com/index.php?main_page=product_info&cPath=98_54&products_id=735

But here's just a sample to whet your appetite . . . 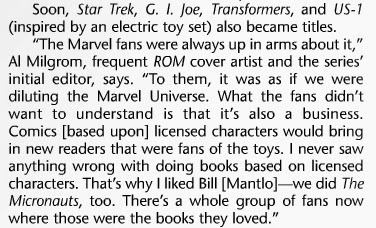 But regardless of which cover you prefer thank the Gods of Galador the cover art for ROM #1 was never this version it almost makes the cover art for the ROM remix project look good . . . http://sanctumsanctorumcomix.blogspot.com/search?q=rom+1


Ok so last night after I dragged my ass home from work I jumped on my computer which was just supposed to be a quick night cap sorta thing before I hit the sack. Well that plan pretty much went to Hell thanks to the emails waiting for me by Gary Martin Jr. and johnmiic. It appears that James Gunn, the director of the highly successful Guardians of the Galaxy movie is something of a ROM fan he was recently quoted with the following
"Listen, I really love Rom: Spaceknights, as everyone at Marvel knows because they've me Rom stuff . . . but we don't own Rom. I would love for Rom: Spackenight to show up because I love his story, I love the way he looks, I love everything about him . . ."
Gunn went on to express in hypothetical terms a strong interest in the use of ROM for the big screen. Now, one might think that a heavy hitter like Gunn giving some serious props to the big silver guy might get the attention of the morons at hasbro right? mmmm . . . yeah . . well I guess hasbro has bigger plans for ROM I heard they'll be unveiling they're highly awaited ROM bobblehead at the 2015 Comic-Con in San Diego. Anyways, as far as Gunn and ROM go you can read the full article here  . . .
http://comicbook.com/2015/01/06/james-gunn-talks-about-the-characters-he-was-not-legally-able-to/

Posted by Shlomo Ben Hungstien at 2:04 AM 22 comments: 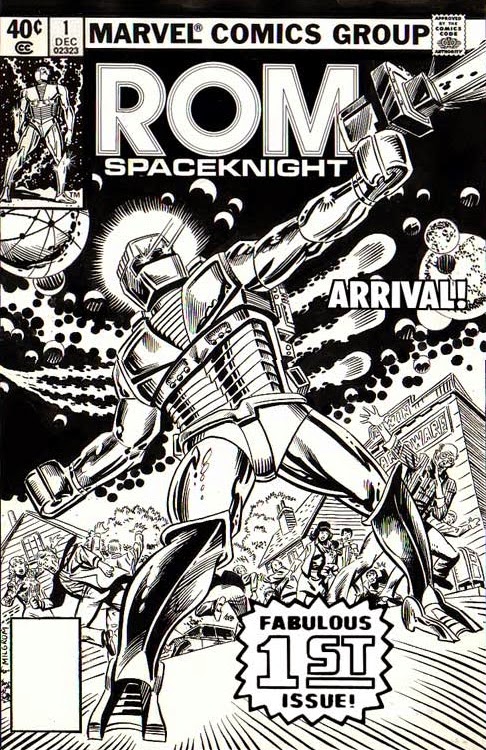 I recently discovered what appears to be a digital mock up on comicartfans.com and it seemed like a nice posting to open up 2015. Hopefully you're having a "Fabulous 1st" day of  2015. The back story behind it is that apparently the Marvel Master Piece bonus Pin up page in the back of ROM spaceknight #3 by Al Milgrom was originally done as the cover art for issue #1. I can't confirm that at this time but never the less that pin up page sure makes for a great cover.

And speaking of art here's my latest envelope fan art for a certain somebody out there who I know loves Crystar. But I also had fun drawing this, back in the day I used have the Moltar and Crystar figures and issues 4, 5 and 6 of the series. 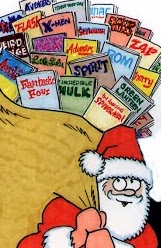 Well, through out all the ups and downs of 2014 I hope if nothing else you all had at least a relatively nice holiday season. That goes especially for the Mantlo family but hasbro and marvel can still kiss my ass. I wouldn't care to speculate how 2015 will go but I'd like to thank you all for making last year another fun one over here for all things ROM and Marvel 80s related. Stay tuned I anticipate having some updates for this posting within the next week or so . . .


Jan. 5th Update: A big thanks to johnmiic for sending me this farcebook screen shot of this unofficial Marvel team up with the 80s god of muscle rock THOR and ROM. Now that's what I call heavy metal, most likely with the assistance of photoshop. You can check out Thor here http://www.thorcentral.com/