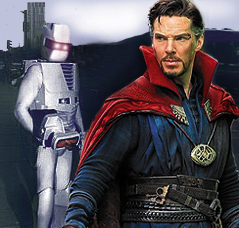 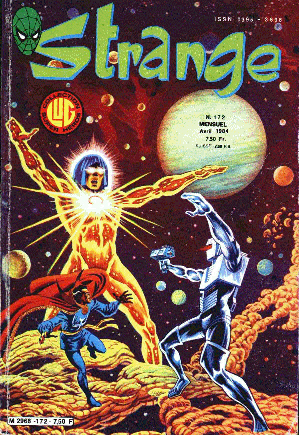 Well you can all thank ROM curator Gary Martin Jr. for this weekend's blog posting. This letter page that Gary sent me is from a digital copy of "Rom the spacknight" issue 4. Gotta say I was pretty surprised IDW printed that one. Well I'll tell you this Mr. Ryall, I'll take the "knee high metal disco boots" over the anime style metal snow boots you came up with for your ROM in name only series. I think Ryalls reasoning for having ditched ROM's classic hardware was also bullshit. Prior to this letter being published I had several correspondences earlier this year with IDW by email in regards to my ROM re-design grievances. And each time their responses becameare more baffling I feel like we're really talking two different languages just as you see here with chris ryall's reply to my letter. I mean we might as well be a Clinton and Trump supporter debating political-ideological differences which as you can imagine would be as pointless as a tic tac toe game or a dog chasing it's own tail.
Have you seen the cover variants for that issue yet? Most of em look like shit, all these cover variants idw keep doing are the same thing over and over again do you think it would kill em to make a cover that's a reflection of the story inside the issue for a change? So now I have to deal with the dilemma of "to buy or not to buy" ROM in name only number 4. I vowed to never buy any of IDW's shit ever again after the shitty Micronauts #1 but I might have to make an exception for this issue given that it does have a letter from me giving me now a total of 4 different titles I've now had my letters published in.


Also from Gary we've got some old school stuff. This here comes from a Comics Buyer's Guide special on HULK back issues complete with a price guide and brief review on all the issues it covered. The special also included an entry for Incredible Hulk 262 (dire wraith back story) but I'm just featuring the entry for 296 because this one has a been of interesting commentary. Gary also found some entries for X-Men 187 and 188 for an X-Men Comics Buyer's Guide Presents special. But the asshole who did those entry write ups was a real dick head with his smart ass remarks about how the dire wraiths were some kinda second rate villains and what not. I'm not posting his shit fuck him.

November 5 update: Buying a copy for the IDW Rom in name only series for me is a lot like casting a ballot in the 2016 presidential election. Most people don't want to do it but feel like they have to in order to keep the option they hate even more out of the Oval Office. In my case I don't want to give IDW any of my money but not having a copy of my letter might be a worse option then this one time only purchase. Figures my LCS (CRUSH COMICS) only had one of the shitty cover art variants in stock. Apparently the ROM in name only series is selling better then the shitty Micronauts reboot from IDW according to the owner of CRUSH. 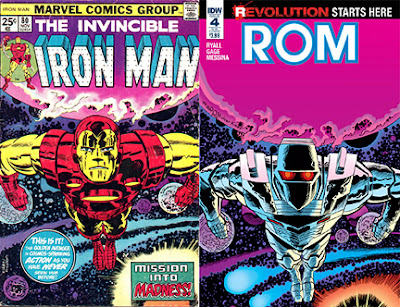 November 6 update: This is why I like people who leave comments I basically had no idea the cover variant I picked up yesterday was done by Al Milgrom and was a homage piece to Iron Man 80. Although I think it worked much better on the Iron Man cover. And just for the record I'm not just beating up on Al I've also pooped on cover variants done by Sal Buscema and Michael Golden it just seems to me that these cover variants from IDW lately don't bring out the best in these iconic Marvel 80s artsists. Although I betcha if Milgrom had done this homage cover in the RTO (Rom the original) series it would have come out much better then this RINO crap (Rom in name only).