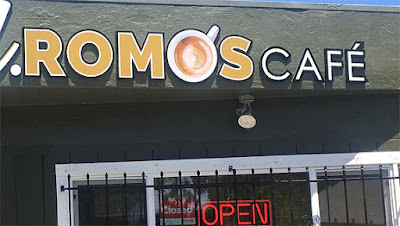 Located on A street in Hayward California I swear when I first saw this place the logo looked like it was directly taken off from any issue of the ROM spaceknight series. Just a coincidence I'm sure but pretty cool to see just the same. 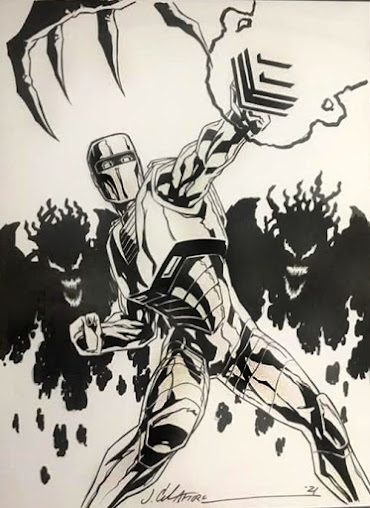 A new commission fan art piece by artist Jim Califiore. Well I'm posting it here so obviously I like it and I don;t even mind the minor artistic liberties Califiore took with ROM's armor. In fact, this is a nice basis of what IDW's reboot could have looked like. I'm quite positive this would have gone over much better with the fan base both new and old. 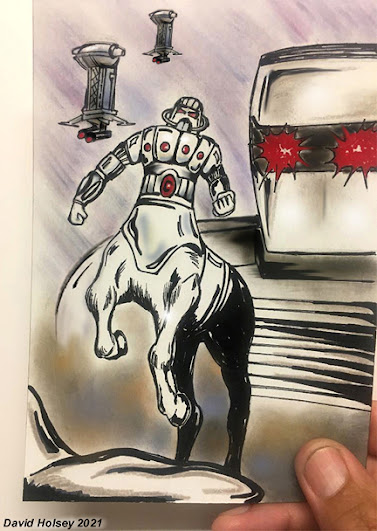 One of the things I love about fan art is that you don't have to worry about any sort of legal red tape when it comes to who you want to feature together. This latest here is by you're truly. I've had this cross over character concept idea for a while now I'm glad I finally got around to getting to it. 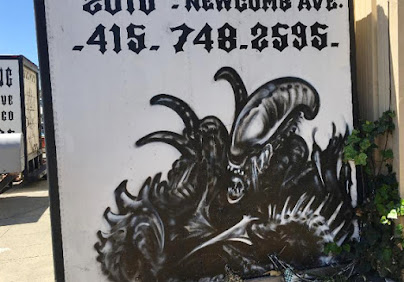 I spotted this a couple days ago along the side of some kind of portable office for a moving company in San Francisco. Just another good example of the cool public art you can find around here when it comes to all things comics and sci-fi.The first two films from the ALIEN franchise were absolutely classic iconic sci-fi horror and I love em both. However, I can't say the same for the rest unfortunately. 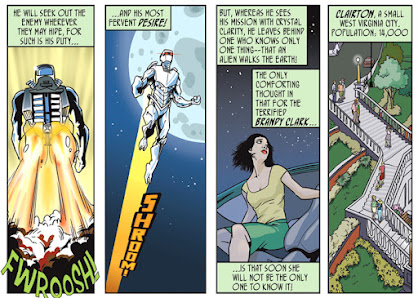 I was recently reflecting on the "ROM Remix" project from several years ago https://romremix.tumblr.com/ as a concept it was kinda cool but ultimately poorly executed due to the poor quality artists that contributed to the project. The lone exception being Robert Duckett who did page 4. He did a fairly good job especially in the first few panels.

Posted by Shlomo Ben Hungstien at 9:22 AM