Time for an easter egg hunt

I feel almost guilty about doing a blog post about "easter egg" hunting right after having had a Passover seder (dinner/ceremony) but since this type of easter egg hunt has really nothing to do with Easter I think I can forgive my self. These come compliments of Rom curator Gary Martin Jr. and I think I've been sitting on them long enough (pun intended :) so here they are.


I can't even begin to count how many times I came across this house ad over the years during and even after the 80s. And all that time I had no idea it had a cool Rom easter egg in it. 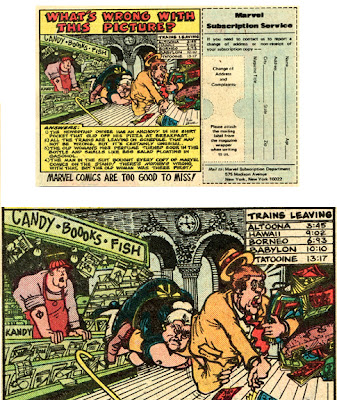 Posted by Shlomo Ben Hungstien at 12:02 AM 8 comments: 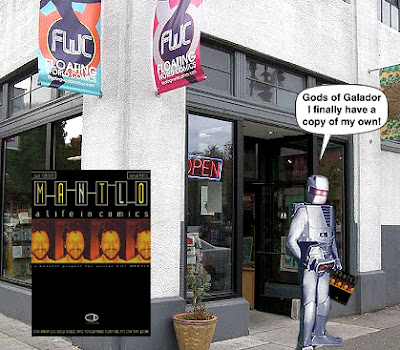 I spoke to the owner of Floating World Comics (Jason) earlier today and he informed me that they had a decent amount of copies of this wonderful magazine still in stock. If you have a Paypal account that would probably be your best bet but I'm sure he'll work out something with you if you have another way you want to pay. The cover price is $7 plus S+H so figure around $10 total. It's well worth every penny of your hard earned income all you 99 percenters who are Bill Mantlo fans. 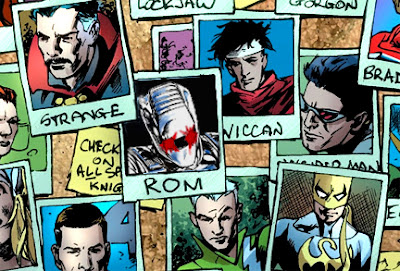 Now if this is what that Age of  Ultron preview had looked like then Rom fans certainly would have had something to get excited about. But at least this is something cool to look at.

Posted by Shlomo Ben Hungstien at 12:30 AM 9 comments: 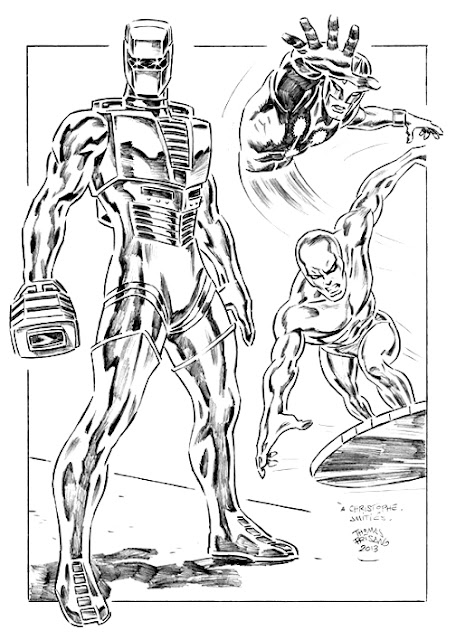 Damn this guy knows how to draw! Especially from a figure composition stand point. It would have been nice if he had put all these epic Marvel cosmic characters into an actual scene together as opposed to drawing them in 3 separate scenes on a single page but that's just me nit picking. On some particulars in regards to Rom I really like the way Frisano drew his head and eyes.

Also, for those of you who are interested in getting a copy of Bill Mantlo: A Lifetime In Comics I may have some good news for you in the next day or two.
Posted by Shlomo Ben Hungstien at 10:49 AM 8 comments: 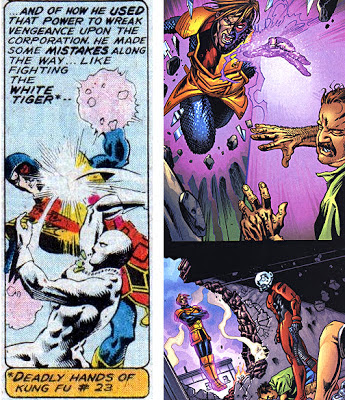 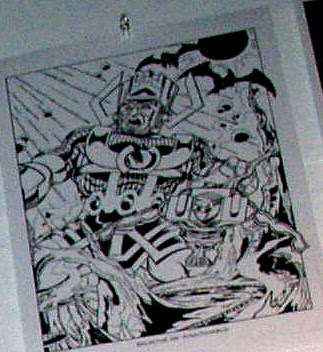 Speaking of which I finally finished reading Bill Mantlo A Lifetime In Comics. Boy that was good! I especially liked the behind the scenes information about why some of the projects he worked on like The Human Fly didn't last as long as others such as Rom and The Micronuats. I was a bit saddening to find out that it was creative differences with Sal Buscema and Bill that prompted Sal to leave Rom giving way to the Ditko era which displeased me to say the least. And then of course there was the Micronauts and all the artists that came and went during it's 58 issue run because of again creative differences with Bill. In some ways that was the most interesting part of the book. But let's not forget about his rather tenuous relationship with Jim Shooter. It seems Jim Shooter may have been as big of a dick as the rumors suggest.
Posted by Shlomo Ben Hungstien at 12:02 AM 12 comments: 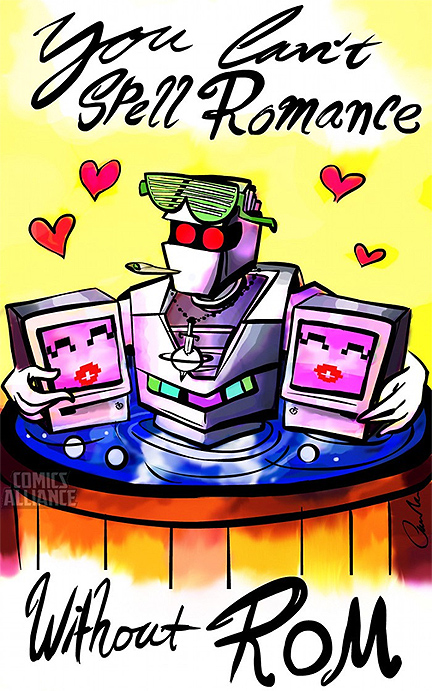 I just discovered a new illustrator through some random fan art she did that I liked for Rom spaceknight. It turns out out she's from the Portland area which I also happen to like. She's also pretty cute too with a biting sense of humor. Why aren't there any chicks like this around the S.F. Bay Area? 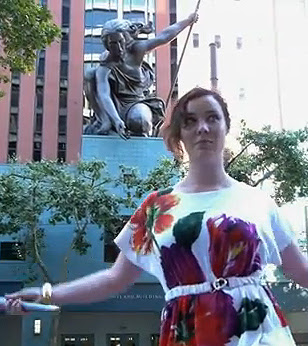 hey Randomnerd this gal reminds me a lot of you : )

Posted by Shlomo Ben Hungstien at 9:05 AM 6 comments: 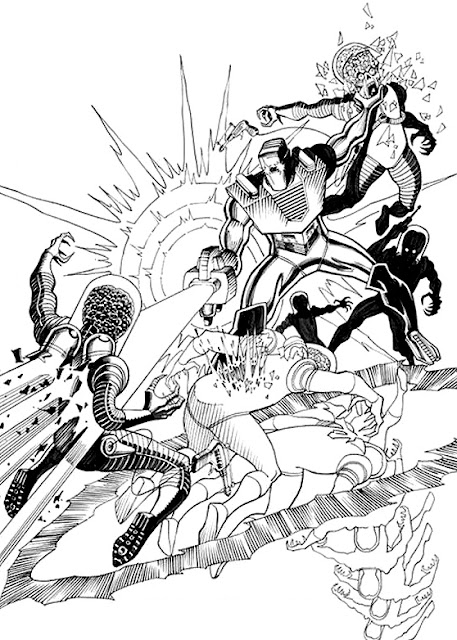 I recently found out on Facebook that Chris Ryall of IDW has been doing some work together with the amazing Sal Buscema. They had done some work on Mars Attacks when Sal did this for Ryall as a bonus. How cool is that?

Wanted to add a Saturday update to this posting thanks to what showed up in the mail today. I now have my very own copy of Bill Mantlo: A Life Time In Comics so I decided to do a video review of it for those of you who unfortunately may not have a copy of your own: http://www.youtube.com/watch?v=ZOMt7biEX9c&feature=youtu.be

As I was reviewing my own video on Youtube this other one came up in the preview column. In this one the dude is reviewing a bunch of back issues he's found at the flea market which included some Jack of Hearts and Rom issues. Aside from that this guy is a Bill Mantlo fan and throws in some other cool elements into this video which include some stuff he picked up from this blog. Be warned he drops the "F" bomb a lot : ) http://www.youtube.com/watch?v=AVVENVVYRgc