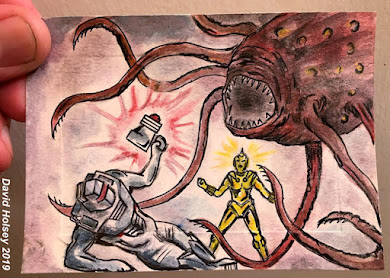 Think of this posting as a public service announcement. Kinda like an emergency broadcast on your TV once in a while.

The two works above are examples of the good. Well illustrated and creative while also being faithful to the source material. Everything below, would be good examples of the bad and the bizarre which unfortunately are far more commonly found then the good stuff. Yeah I know I'm kinda of being a dick by doing a posting like this but truth be told I had wanted to do this since early last year but had always felt it was kinda of crossing a line. But now, with this being a semi-retired blog these days I'm not really too worried about making new friends or my reputation. I'm just so very happy to finally really make this point.

I really love it when I come across some kind of ROM related fan art that reminds me of the good ol days of when I had a new issue of ROM or some kind of tie-in to look forward to every month. None of that kind of shit does that for me. When I see that stuff it's like that feeling you get when you see a dead animal on the road or people who spit in public all the time.

March 30th Update: And speaking of good art. Here's some local stuff of a more large scale and public nature. 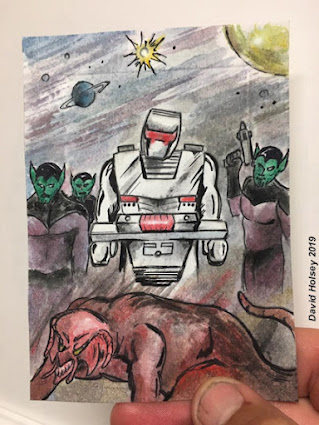 June 12th Update:  I wanted to do something different for a change and feature ROM with his translator. I always thought that was a cool reveal from issue 50 so I imagine at some point ROM would have had to use his translator during his time hunting down the dire wraiths within the Skrull empire. 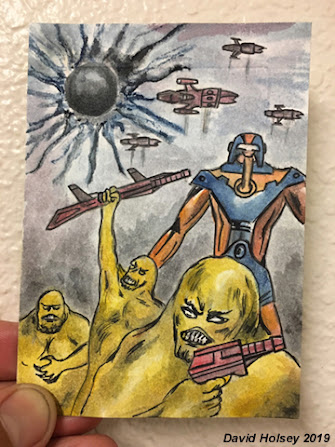 June 20th Update: It recently occurred to me that I've never done any fan art of the male dire wraiths so here we go. 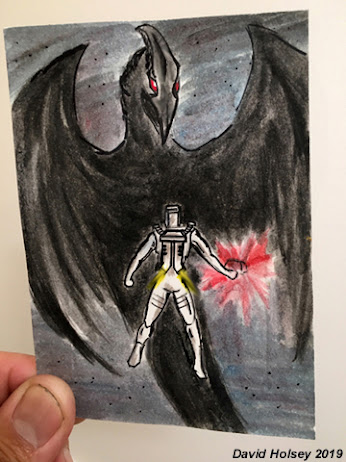 June 22nd Update: The greatest of the spaceknights vs Deathwing, nuff said. You might say this was a David and Goliath kinda match up.

June 29nd Update: Here's something from artist Lou Russo worth having a look at if you're a ROM fan who also happens to like Star Trek and ALIENS (the first two movie only) like I am. I'm not a big fan how he draws ROM most of the time but he came out ok here and as always I give Russo high Marks for creativity. The link below has the full size image...
https://www.comicartfans.com/GalleryPiece.asp?Piece=1559313 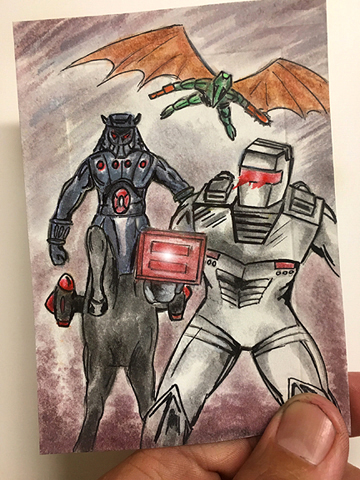 July 18th Update:  Looks like I had one last sketch card up my sleeve as the saying goes.