Everything is Stardust in the solar wind 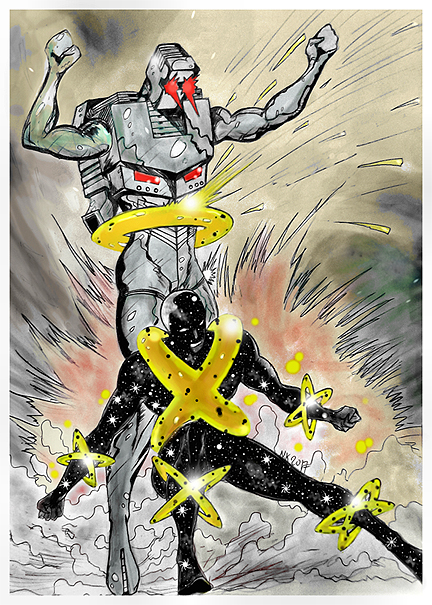 Here ya go folks what we have here is a tribute for ROM spaceknight annual #1 which hopefully will take you down memory lane in only a way that the authentic ROM can do. Fan art compliments of my Greek friend from Crete Nikoskap (deviant art handle). Long live Greece, long live ROM the original and fuck IDW. Fuck donald trump also he's such an asshole.

July 28th update: Saw this today during my delivery route while I was in the city of Pleasanton (San Francisco Bay Area) and had to pull over and get some photos to post. 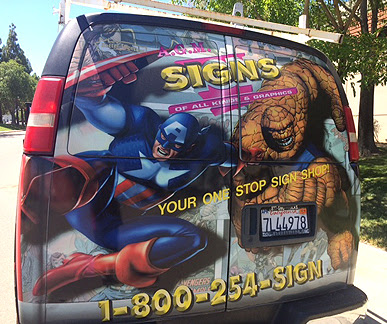 I sure hope these guys appreciate the free advertising I'm giving them by posting their business van here. 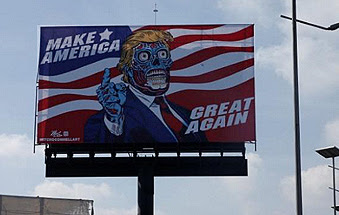 This on the other hand I found on the internet. It's a billboard in Mexico City and if you've ever seen John Carpenter's THEY LIVE with all it's heavy handed socio-political imagery then you'll know why this had me cracking up and why I had to post it. Although a variation of this with a Soviet flag in the background and the tag line "Make Russia Great Again" would have also been pretty damn funny and oh so appropriate.

Posted by Shlomo Ben Hungstien at 12:11 AM 9 comments: 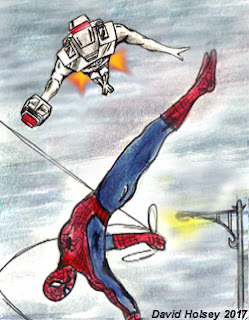 Here's what's coming next weekend, Planet of The Apes WAR. This is another iconic franchise reboot I've been pretty happy with so far so I'm planning on seeing the latest installment on it's opening weekend as well. I might even do an update to this posting with a brief movie review. From what I can see already it's going to be a strong character driven story line and the cgi looks great.
Posted by Shlomo Ben Hungstien at 7:29 PM 11 comments: So I was looking to solicit some opinions of what you folks think of the re-panel verses the original splash page from ROM annual 2. The original ofcourse is penciled by Sal Buscema with inks by Akin & Garvey as opposed to the re-panel by Chris Batista and Brian Garvey. The original features a more dramatic pose for both ROM and his fellow spaceknights but at the same time I find the re-panel having a figure composition appeal I also really like. 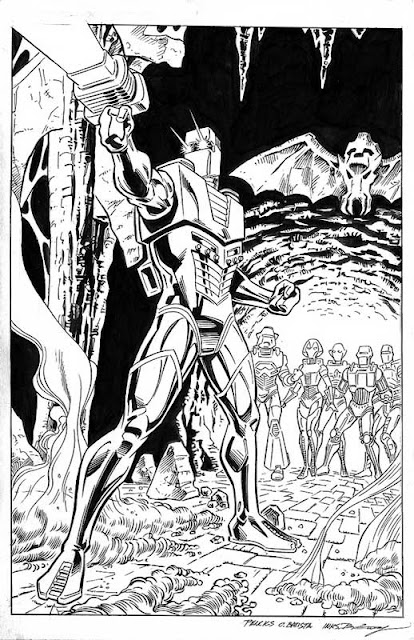 Just gonna go off topic a bit here because I'm so stoked that they were finally able to post the most epic scene from Wonder Woman on youtube with out it getting yanked down by the studios.
https://www.youtube.com/watch?v=EIEwkn-Q2Oo

July 7th Update: And we're back with some new cool ROM stuff . Thanks for the heads up on this Victor (see comments).