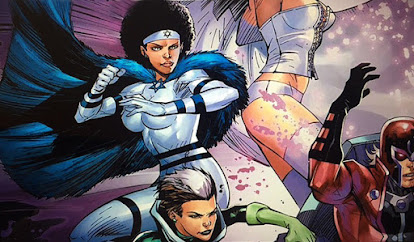 So after several years of an absence of Sabra in The Marvel Universe it looks like she's gonna be showing up in an upcoming one shot issue due out in early May called Magneto and The Mutant Force. And I might add if you go by this cover art variant she'll be sporting her classic costume and be more ethnically sephardic in appearance. I have not bought a new comic book from Marvel in many many years because of how pissed I am about their handling of the ROM spaceknight legacy but I might have to make an exception here . . .we'll see.

On something of a side note there's something else I've been meaning to say for a while now. Not too long ago during a random internet search for Sabra I came across some Sabra clip art that was lifted off this blog and used as anti-semitic propaganda on a notorious white nationalist website (which shall remain nameless here)  in regards to the tragic passing of Stan Lee. Ofcourse there's nothing I can do about people lifted images off this blog for whatever reason. But if any of you white nationalists pieces of shit come back here to this blog again I'm going to at least have the satisfaction of having a special message waiting for you...

Your lord and would be savior of a one term twice impeached and all around disgraced ex-president donald trump is not going to make a come back on March 4th. And if you're reading this after March 4th then know that trump is not going back again to defile The White House after Joe Biden's tenure. So all you cult of trump losers can take your anti-semitic, racist and Qanon bullshit and shove it up your collective "master race" asses. 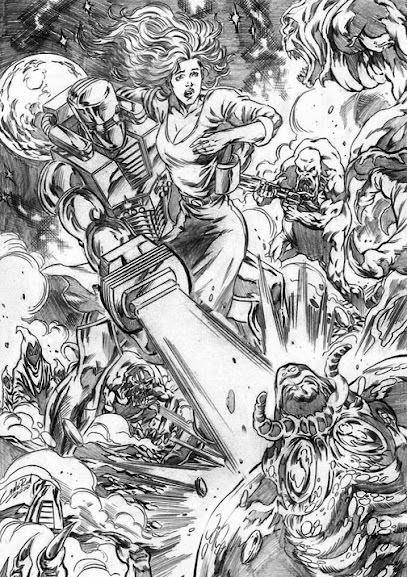 Some really really well done ROM fan art done as a commission piece by Carlos Rodrigo. This kinda stuff really brings back good memories. I originally found this on Farcebook and it was really washed out in appearance due to it not being inked. So I brought it into photoshop for some quick digital enhancements to make it pop a bit with some contrast.