New fan art and a mention in SciFiNow magazine 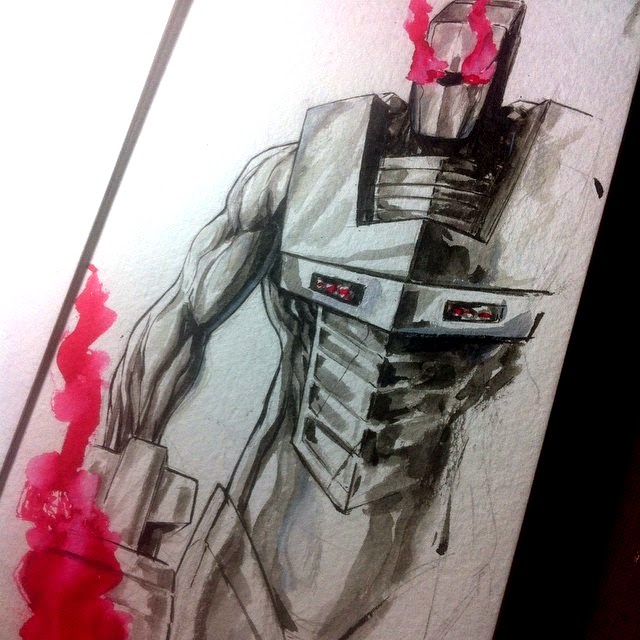 A big thanks to Gary for finding the following on Instagram. When it comes to fan art for any characters we don't get to see much in the way of water colors unfortunately. This one comes to us from artist Vince Sunico nice job bro I especially dig how you did with Rom's eyes.

Here's a nice sketch card by artist Mark Propst (a color version featured here later this week) that may have been inspired by the iconic 80s HULK rage face close up Bob Larkin. Mark has at least one other sketch card of Rom that could be something of a follow up to this one in terms of it's theme
http://iconosquare.com/p/757602894134377649_1018888070


Hey Gary seems I've been doing some incidental curating as of late. This past weekend I happened to be up in Petaluma and while browsing at this book store I took a look at a July copy of a U.K. magazine called SciFiNow. I noticed an article in it called Cosmic Marvel from A-Z in which every letter of the alphabet headlined a short editorial of major characters ("J" for Rick Jones) and events in cosmic Marvel story lines in recent years. It's nice to find these Rom references in old school publications from the 80s and 90s but it's also nice to find them in recent stuff as well, as seen last year in GEEK magazine and with IDW's splash page.


Update: And speaking of IDW only hours after publishing this posting I came across yet another albeit rather unique ROM reference in the recent issue of Rogue Trooper but I'm saving that one for the next posting : )
Posted by Shlomo Ben Hungstien at 6:00 AM