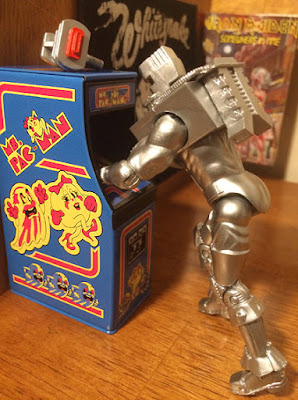 January 2nd Update: Speaking of totally awesome 80s stuff let's get back to Star Wars when it was good. My rebel fleet has gotten a bit bigger today with the arrival of my hammerhead corvette in the mail from ebay. Now I'm ready to ram the nearest and preferably disabled star destroyer. I'm sure most of you remember that epic scene from what as far as I'm concerned now is the only good Star Wars movie made since 1983.

January 3rd Update: I wanted to throw something else unto this posting more on the comics end of the 80s as well. Marvel Team-Up 130 (1983) features some really fantastic classic Sal Buscema art. If you're wondering what's going on here The Vision's android body has been temporarily taken over by some villain named Necrodamus. Not to be confused with Dave Chapelle's Negrodamus mind you. The clip art I posted here is just a sample of the action packed dynamic pencils by Buscema as Spider-Man and Scarlet Witch trade blows with the possessed Vision until they finally figure out a way to drive Necrodamus out of Vision's body. 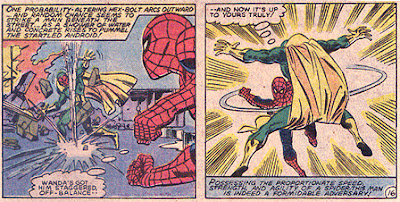