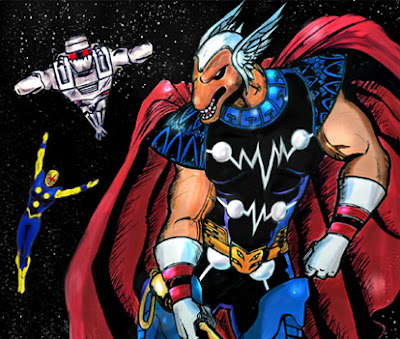 Off the topic of my head, aside from cleaner air and less traffic there isn't other wise any upside to this corona virus pandemic nightmare. Millions of people all over the world are either not working, working much less or now don't have much of anything to do on the weekends. So, we gotta fine something to do with all this new found spare time. Most of the art work posted was dome in collaboration with https://www.deviantart.com/nikoskap 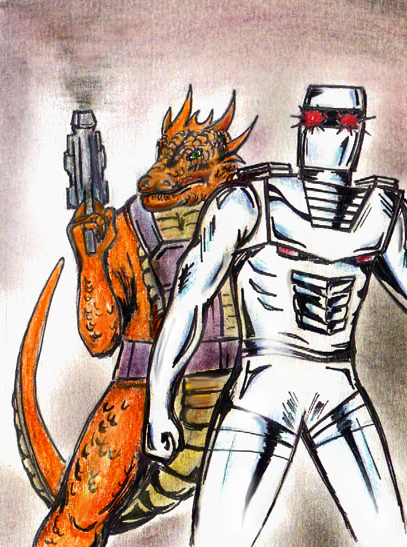 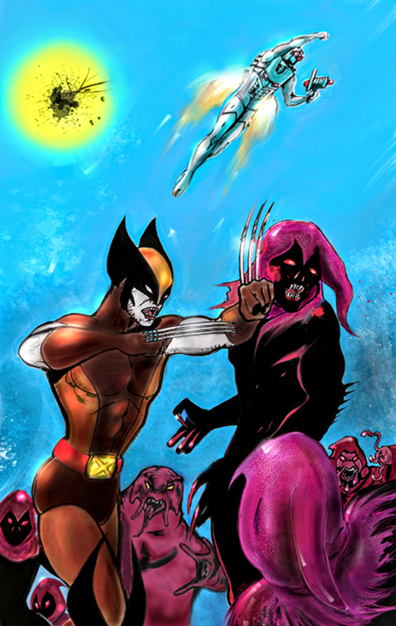 This one with Bug was done just before all this covid 19 shit but it's pretty recent so I'm going to include it in this posting. 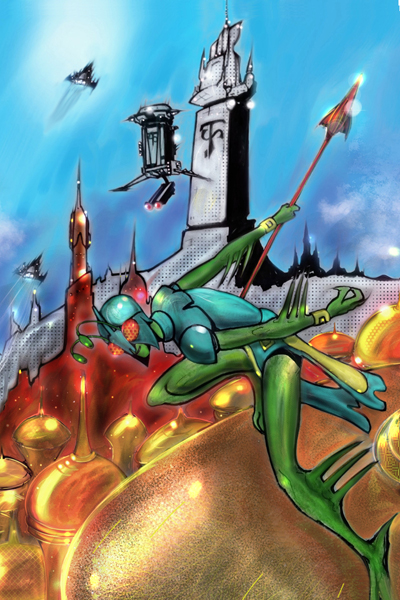 This Mego toy line based MICRONAUTS piece is something I did way back in the late 90s but I decided to post it online for the first time just because. 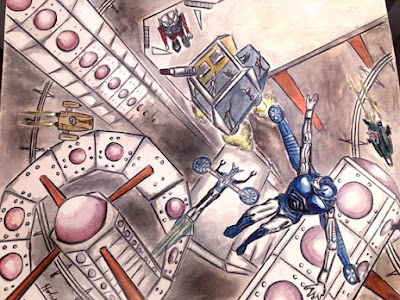 Also, I'm throwing in some fan art I did of random Marvel characters that I like (Thunderbird, She-Hulk and Blade) that I did in the late 90s....

And if you also happen to be a Star Trek fan I even have something for you to. This Deep Space 9 battle scene is a water color painting I did back in 2002. 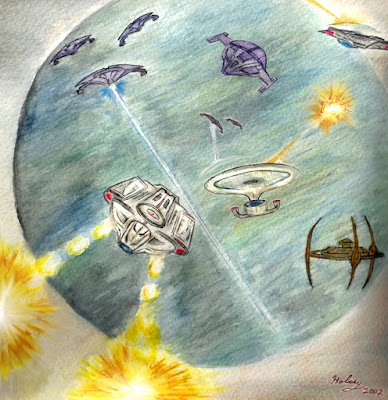 I've been re-reading a lot of G.I.Joe back issues recently and although I certainly always liked the Joes (especially Snake-Eyes) it was always the villains that were the most entertaining and intriguing characters. 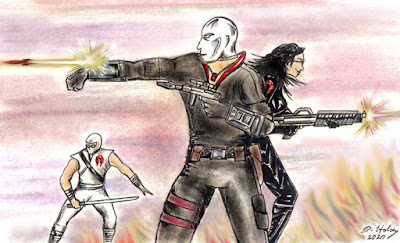 Speaking of all things G.I.Joe, I recently discovered a fantastic story line that involves Israel in issue 2 of G.I. Joe Special Missions (1986). The Joes are forced to make a deal with a nazi war criminal (doctor otto totenschadel) after a WW II German bomber loaded with a deadly nerve gas is discovered stuck in a glacier in Greenland. Unfortunately they come into conflict with a Mossda (Israel intelligence) that are hunting  totensdachadel. We learn for the first time as far as I know that a team member of the Joes is Jewish. G.I.Jew Lance Steinberg code name Clutch.

Fortunately as it turns out The Joes manage to deal with the nerve gas with out any assistance from totensdachadel despite Cobra making a play for the nerve gas for their own insidious reasons. Meanwhile in the jungles of Brazil, The Joes and Mossad manage to work together and storm a neo-nazi compound where totensdachadel's sorry ass is using as a hide out.

In the end neither The Joes or Mossad take totensdachadel into custody but instead simply decide to divulge some rather inconvenient and self serving secrets totensdachadel had been keeping from his nazi buddies that proves to be quite fatal for him. A great story full of WW II history, politics and poetic justice.

Posted by Shlomo Ben Hungstien at 8:52 AM