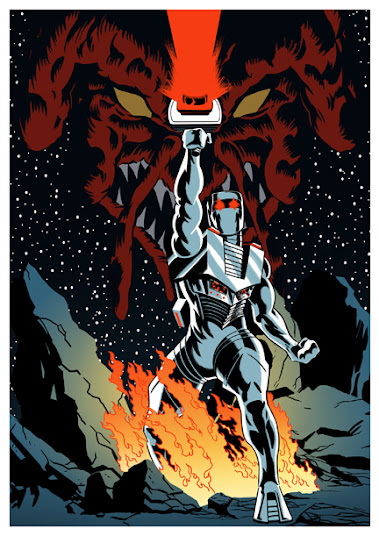 After coming across this fan art on social media I reached out to the artist and had a nice chat with him. According to Dakota, ROM is a visaully fascinating and challenging character to draw and very symbolic of the 80s. Which as we all know is the greatest decade in human history. He wanted to give this piece a sci-fi movie poster feel bolstered with some Akin & Garvey style line art. I'd say it all came together quite nicely which is why it gets a spot on blog site for ROM fans who aren't dicks. Dakota's Instagram account @drumsoftheserpent 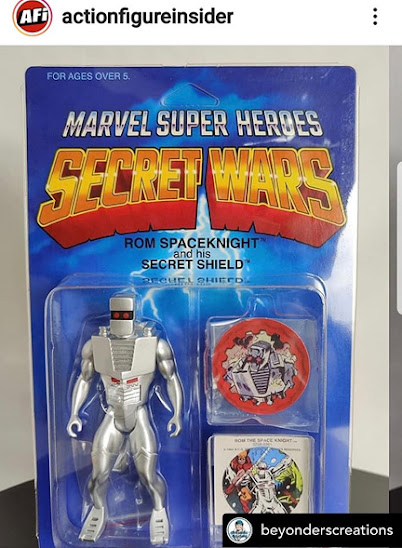 Also very cool, but unfortunately just a fake. But it looks pretty damn real though, wish I had one. 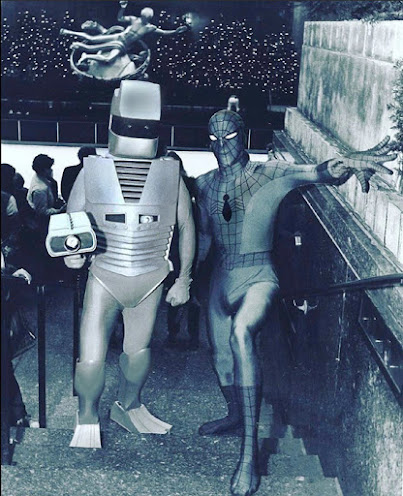 Here's something else cool I just found on farcebook. Unfortunately I don't know the original source material for this old promotional Marvel superheroes photo but I as you can see it's at Rockefeller Square in New York City.
Posted by Shlomo Ben Hungstien at 12:28 AM