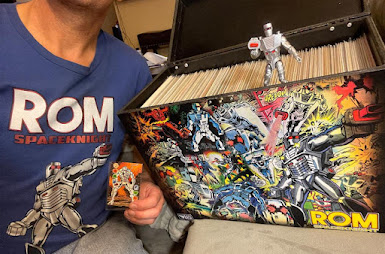 Ya know how some times you just find yourself in the mood to showcase a given collection of something that makes you happy? I think often that might happen toward the end of  a year or more at the beginning of the next one. 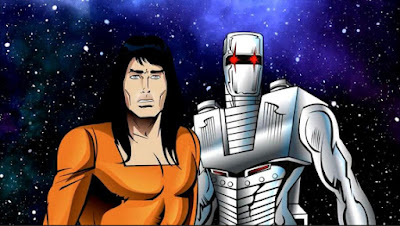 Here's a youtube video I discovered recently that's worth having a look at. It won't have much of anything you haven't seen or heard before but it is very well produced. And it some how has managed to visually "repackage" and present the source material in way that makes the video not feel so redundant and boring like the majority of ROM related features on youtube. 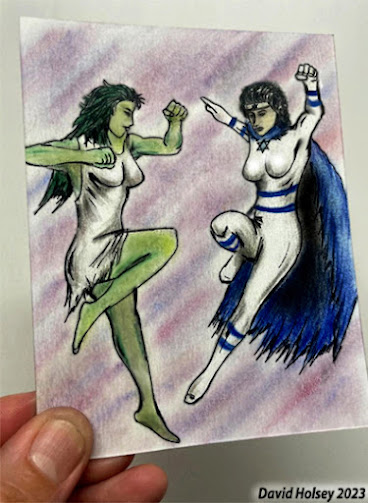 I haven't done any ROM related fan art yet this year nor have I come across anything that I thought any good. I the stuff I have done this year has been to some degree in response to a lot of the hate I saw online in late 2022. First up is this Contest of Champions fan art. I just don't understand all the hating on the Disney Plus She-Hulk series. I mean it wasn’t without it's problems but most of the social media bashing on it was so over the top especially when it came to all these right wing type hang ups. And ofcourse around the same time Marvel announced the upcoming debut of Sabra into the MCU which  predictably stirred up the usual trolls made up of leftist antisemites and people from certain corners of the muslim world with anger management issues. 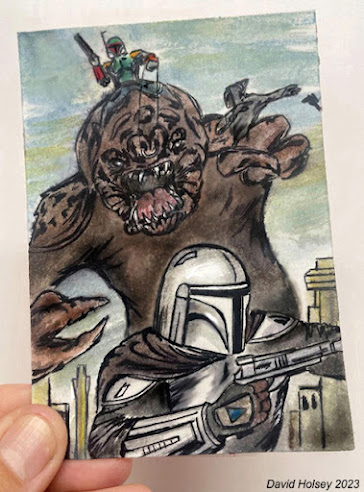 If you happen to be a Star Wars fan then you no doubt noticed all the hating on the first season of The book of Boba Fett. Again, it wasn't with out it's problems but over all I think it had way more pros then cons plus the season finale was awesome. So I say fuck all the haters on all that to. 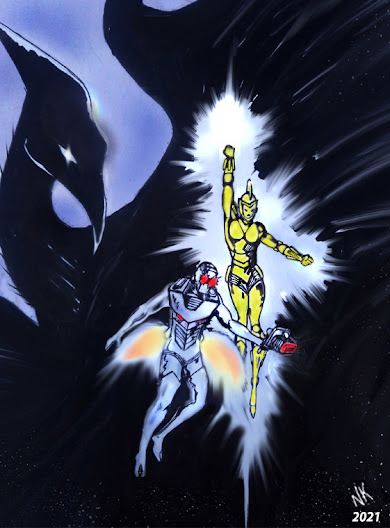 January 28th Update: I was hoping to have some fan art to add to this posting but I seriously doubt anything new that doesn't suck will turn up any time soon so I decided to dig into my archive collection. After some minor tweaks here and there to enhance it I'm presenting it again for your viewing pleasure. This was originally done by Greek artist Kapandais Nikolaos who also happens to be a collaborative partner and friend. 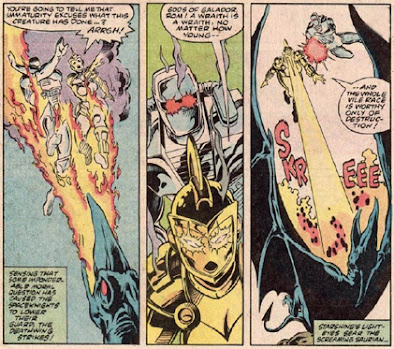 Posted by Shlomo Ben Hungstien at 8:59 AM