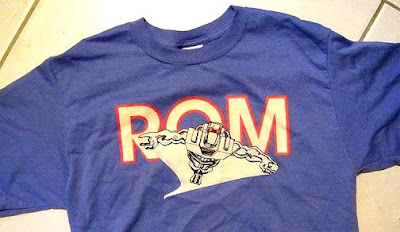 Ok so I've edited and re-published this posting from being about the ROM clip art flash back cameo in HULK #319 to being mostly about this custom T-shirt because it seems that the cameo was mostly old news to people which kinda bummed me out. Originally I thought I had uncovered something hardly anybody knew about. Needless to say this shirt doesn't bum me out it kicks ass! Your best bet to find out more about it is to go to the previous posting and check out the ROM podcast link. That will take you to a posting on the Roboplastic Apocalypse blog where you can read the comments and contact the T-shirt's creator. 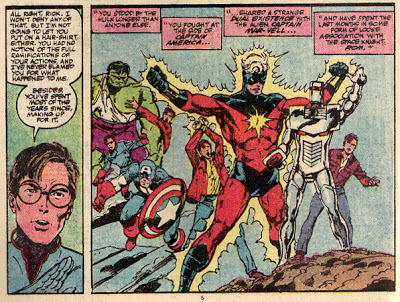 I'm leaving this clip art up of the cameo at any rate just in case for whom ever out there that may not know about it yet. But for another sort of cameo and very ingenious Rick Jones/ROM connection this video is a must see! http://www.youtube.com/watch?v=e-TX1qku6EE
You know to be honest even though it's cool to find ROM references most anywhere, from an art stand point I was never that crazy about John Byrne's rendering of ROM. Don't get me wrong Byrne is one of the greatest artists of all time but the way he drew ROM's head and eyes reminds me a bit too much of Dikto's run on the series. Let's not even go there.
Posted by Shlomo Ben Hungstien at 1:57 PM