ROM and The Master of Kung Fu 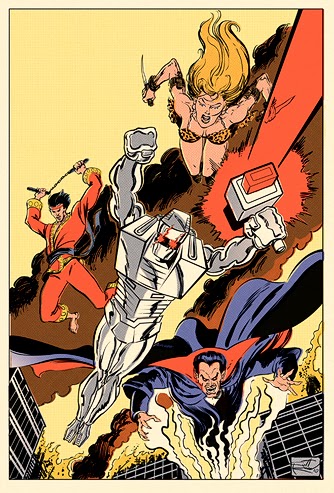 Here's something that's been on deviant art for a while now it's done by an artist by the name of Scott Reed. This is an interesting collection of characters (Shang Chi, Dracula and Sheena) to put together with ROM but maybe that's why Reed named this fan art "Unusual Heroes" in his gallery? I've featured his stuff here before he did one of the best Rom/Galactus fan art pieces I've ever seen it's unfortunate however that he doesn't  seem to be big on replying to comments . . .
http://scottreed.deviantart.com/gallery/?offset=0 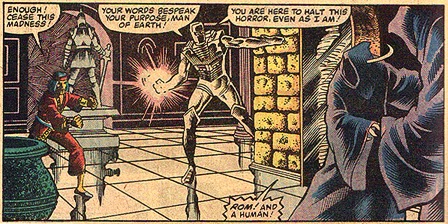 But perhaps we know why he included Shang Chi in it. AFter all The Master of Kung Fu appeared in Rom spaceknight 38 and 39. We would later see him in a cameo flash back (along with some words of praise from Rom) in issue 47 and he was among the Marvel heroes ROM has teamed up with that were part of a bonus pin-up page in issue 50. Shang Chi was one bad mofo in those issues and proof that you don't have to be a spaceknight or even have super powers to kick some serious ass  . . .
http://www.supermegamonkey.net/chronocomic/entries/rom_38-39.shtml 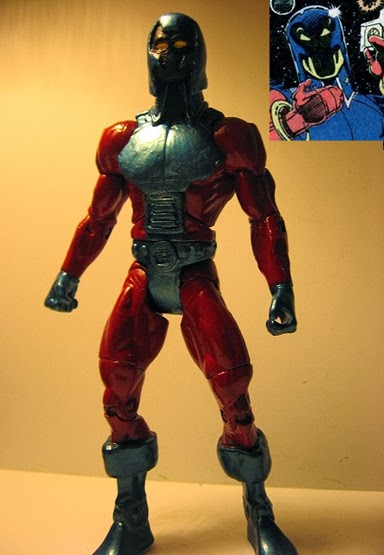 And here we have Chris's latest custom who is no doubt one of the coolest spaceknight designs that Bill and Sal ever came up with. As you can see it's quite awesome even though what's not so awesome is the fact that Gloriole's only appearance ever was in a back story for Rom spaceknight annual 1
Posted by Shlomo Ben Hungstien at 12:00 AM