Damn! Now that's what I call some good fan art! 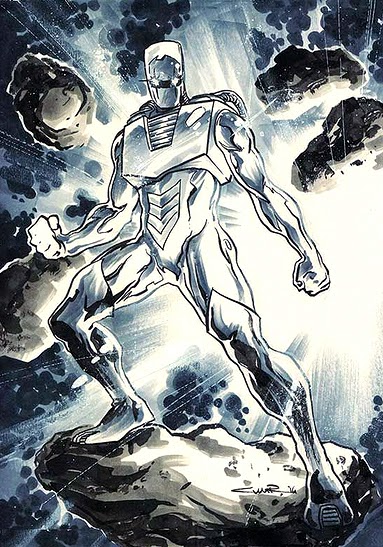 Looks like things are picking up here again at least for the time being. I want to open up this posting by thanking Gary Martin Jr. for not giving me a heads up about this newly discovered fan art. Fortunately, I know about his secret hiding place he squirrels away all the Rom related art work he finds. But that's ok I can always go help myself to the stuff he finds that I've missed. Anyways, here's a new one by Yildiary Cinar. Talk about a solid illustration this is my kinda fan art, dynamic, slightly stylized and especially well done from a figure composition stand point. 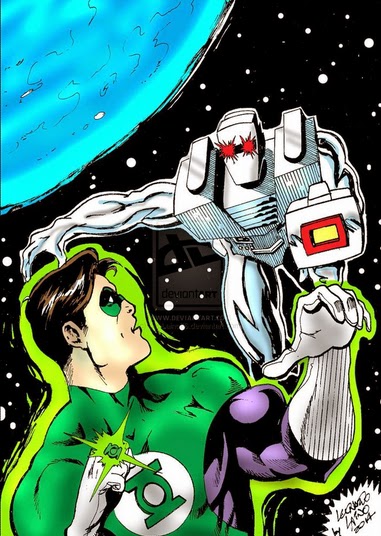 Here we have the 3rd in a line of fan art I've seen so far when it comes to a ROM spaceknight / Green Lantern theme. Rom's head is a bit small in proportion to the rest of his body but this is otherwise a really solid illustration it's done by this guy
http://leolaino76.deviantart.com/

Ok a couple more things I want to get to here. The Vision of Comics gave me a heads up about this new novel (not graphic novel) by Dan Abnett about Rocket Raccoon & Groot that among other things featured a spaceknight by the name of Roamer. I passed that info along to our resident Rom curator Gary Martin Jr. who in turned asked me if I'd mention it on the blog. As you all know I don't care for Rocket or Groot but because I'm such a stand up guy so here I am mentioning it for Gary.
And just so you all know I also mentioned the Hasbro Rom doll to Dan Abnett on farcebook this morning in the hopes it might help get things moving along as far as what we all really want to see which is a return of ROM to the marvel universe and an end to these badly mishandled half ass continuities we've had to endure for years now.

Posted by Shlomo Ben Hungstien at 9:47 AM