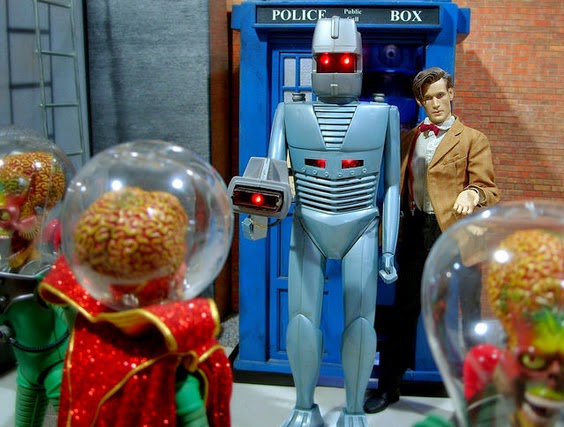 Although I've never been much of a Dr. Who fan nor did I like the Mars Attacks movie primarily because it was directed by tim burton who's movies I always hate I never the less thought this staged scene was pretty cool. 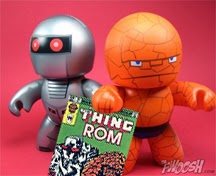 Rather you like it or hate it one thing that can't be denied is that the ROM mighty mugg is making waves. I can't help but be surprised with how much it has been coming up in my weekly internet searches for cool new or older undiscovered ROM related tid bits. There's at least a dozen different web sites that have some sort of feature article about about it and at least two youtube videos so far. And if you're looking to buy it on ebay I assure you there are no shortage of sellers there to pick from. Hopefully Hasbro will take notice of all this fan fare and also take a chance on producing something more along the lines of what I would like to have such as a full blown articulate action figure. Even as some sort of limited edition item that costs a pretty penny I'd have my credit card ready faster then a quick draw at the Ok Corral shoot out in Tombstone. If you haven't done it already let Hasbro know you want to see more ROM merchandise  CustomerService@HasbroToyShop.com 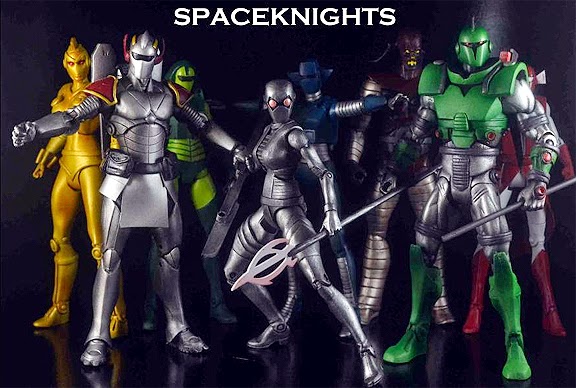 There's this dude from the Philippines who's just killing it when it comes to making spaceknight customs with just about every spaceknight from A - Z. It seems this guy left no stone unturned with customs I never thought I'd see like for Daystar and Mentus. Recently a ROM custom from this guy sold on ebay for nearly $400 bucks! You can see more of his stuff at the link below.
http://www.ebay.com/usr/nani72080?_trksid=p2047675.l2559

The company known as RedBubble has come out with yet another ROM t-shirt. Don't get me wrong it's not like I don't think that's cool I just don't know how they can keep producing this apparel for commercial purposes with out getting into legal problems with Hasbro since I'm fairly certain they don't have a current licensing deal with them. However, it turns out they happen to have an office in San Francisco (633 Howard St. San Francisco, CA 94105) very close to an area I frequent on a weekly basis so I think I'll swing by next week  http://blog.redbubble.com/2014/01/redbubble-san-francisco-office-window-display/
Posted by Shlomo Ben Hungstien at 10:36 AM