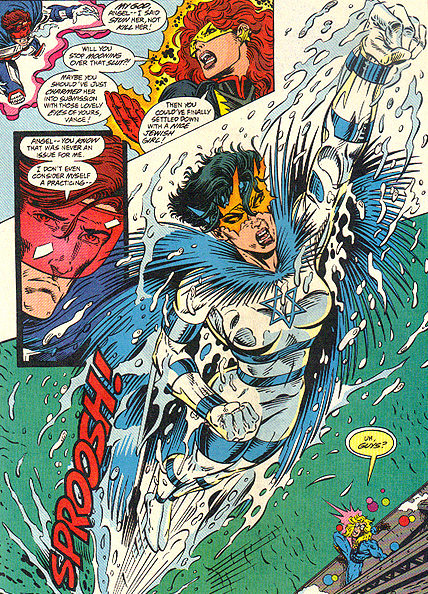 It seems appropriate to open this posting with this bad ass Sabra splash page (Patrick Zircher) from New Warriors 59 that I've been looking for an excuse to post for a few months now. 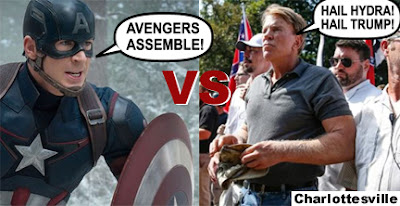 I gotta say I'm a bit embarrassed to admit I only recently learned about a twitter feud between Chris Evans and the piece of shit Jew hating trump supporting kkk nazi asshole david duke going all the way back to February of this year. Talk about missed by the mainstream media! I'm not gonna bother to post the actual tweets here because they're easy enough to find through a Google search but suffice it to say the feud started over duke expressing his disapproval of the sort of women Chris Evans has been known to date. Being the classy guy that he is, Evans responded to duke's white supremacy fueled ramblings with some heart felt and thoughtful rebukes as opposed to the more straight up ad hominem attacks I would have unloaded on duke.
Now that being said, I certainly hope the obvious irony here isn't lost on any of you. Captain America, who is a virtuous symbol of American idealism is a character that was created by a couple of Jewish guys. And as you all know he's been fighting his entire super hero career against every incarnation of nazi ideology from the 3rd Reich during WW II to Hydra and The Red Skull. So now you've got Chris Evans, who as a person seems to be almost as virtuous as the character of Captain America he plays. Who also happens to have had a series of heated twitter exchanges with a real life nazi based on their ideological differences. Chris Evans may only be a regular guy in the real world but he's no less of a hero then the Avenger he plays so very well.

So let's close out this posting with another match up that's a little less ideologically charged. Hopefully most of you remember the classic ROM vs The Herculoids 4 page sketch story arc from Ron Joseph a couple years ago. Some other artist on deviant art did a fantastic job of coloring the last page. Hopefully we'll get to see the other pages in color in the not so distant future.