It's my dick in a box 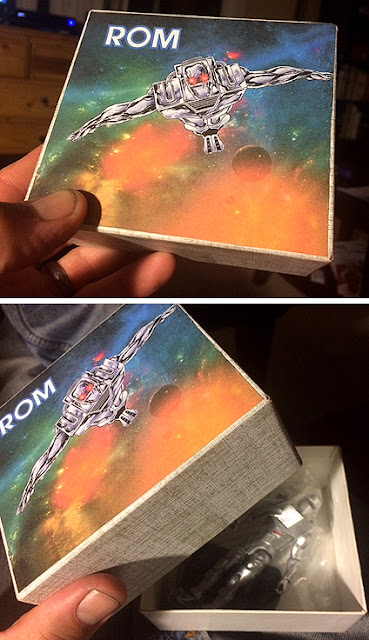 I have a lot of new stuff to get through so let's get started. Yeah I know what's up with this posting title? Well I thought it was funny and extra points to you if you get the reference.  So it's not my dick in a box but it is something that I have of value that I did put into a box. Of all the collectibles I have, I felt like I should provide a special means of storage for my ROM Hasbro figure. First off I had to find a box that was just the right size. But I just couldn't have it be any old box so I had to customize it. 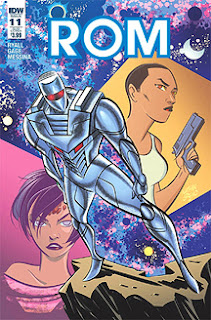 Now here's something I stumbled on while looking at some random ROM related stuff on the internet. No doubt you're wondering why I would bother to post an IDW cover to what has now become the IDW ROM series reboot fail.The some what "cartoony" style of this cover art is not quite my preference but in spite of that what I really like about this cover is that the ROM interpretation you see here is what I thought IDW was going for after we got our first look at the zero issue cover art. This is the updated kind of look I could have been into.
If you compare what you see above to the classic 80s ROM you will notice some minor design difference in the details of his armor. He's a bit more streamlined with an over all more "organic" look that feels some what less robotic. But at the same time, it's a tastefully done updated look that is still very much faithful to the original. Now I say that with the understanding that any version of ROM that does not exist in the Marvel Universe or has fingers instead of mittens would have just never gone over with some of the hard core fans but those particular things I could have gotten used to. We'll never know if this version you see of ROM here on this cover art would have resulted in a more successful reboot but I do know that I would have at least given it a chance. I will never understand what chris ryall and the rest of IDW were thinking with the shit they came up with. 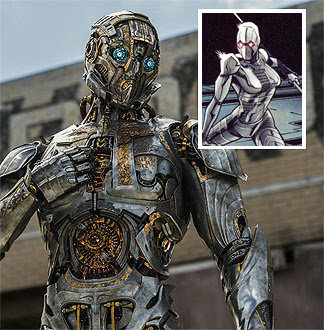 I am not a Michael Bay fan and it's nothing short of a miracle that he was able to pull off a good movie with the first Transfomers film but every one since then has been shittier then the one before. So shitty that I don't even remember anything about the First Knight trailer or even it having been in theaters so I have no fucken idea about who or what this thing is from the movie. But I couldn't help but notice the uncanny resemblance it has to Ikon. Purely coincidental I'm sure. A character that I always felt had potential to do at least some justice to the ROM legacy with continued story lines involving Galador's spaceknights in the MCU but Marvel managed to eventually fuck that up to.

This however is not fucked up. In fact it's pretty damn cool unlike most of the Rom related fan art I come across on the internet which is generally very amateurish and or lacks any imagination. Here we get to see a really nice visual concept of an encounter that sadly never happened.

One last thing, a quick round up of recent movies I've seen. Blade Runner was an all around let down but Thor Ragnarock turned out to be better then I expected despite the problems it had. Just saw The Justice League yesterday and despite the cautious optimism I had going into it I was pretty happy with it here's a short non-spoiler free review I wrote if you're interested . . .
http://suicidesquadtaskforcex.blogspot.com/2017/11/justice-league-short-review-with.html