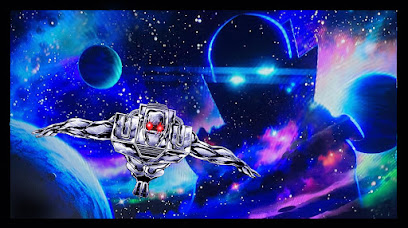 What if ROM had encountered The Micronauts? What if ROM and Earth's heroes had lost the Wraith War? What If Sal Buscema had never left the series? What If Marvel had retained or at least reacquired the rights to ROM spaceknight? I know I know, so many What Ifs over the years about what could have been, should have been or just shit that was very unlikely in any reality but sure would have been cool anyways. 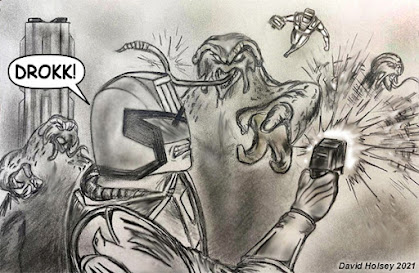 Well here's one I bet that never crossed your mind. What if there was a reality where instead of an invasion of the planet Earth as we know it in the mainstream Marvel Universe of the mid twentieth century the dire wraiths invaded the dystopian future world of Judge Dredd? The apocalyptic conditions of the "Cursed Earth" would have no doubt reminded them of their Hellish home world which they were driven from by Galador's spaceknights (see ROM spaceknight 1). 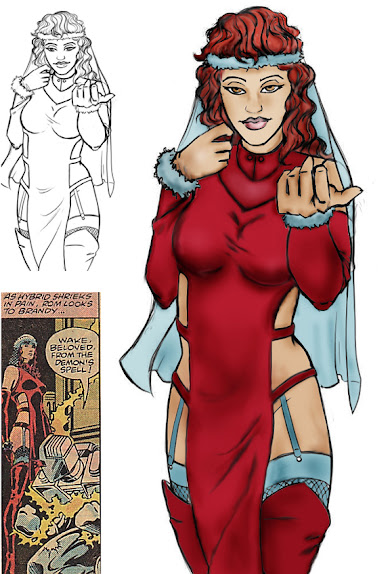 The original line art done by someone else who had posted it on tumbler. Wanted to see what it would look like in color so I brought it into photoshop and so here we go. Most of you I hope will recognize the source material from ROM spaceknight annual 3 (Bill Mantlo and WM Johnson). 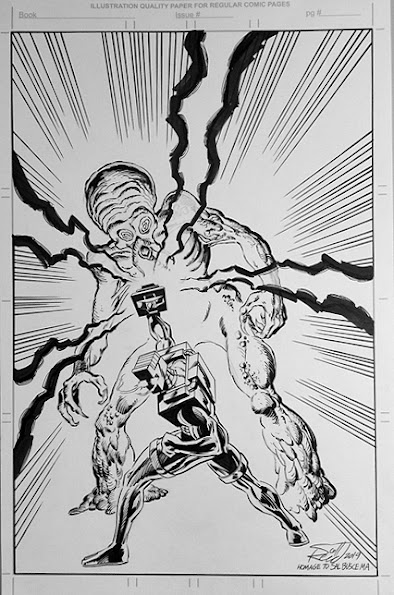 Oh yeah and that reminds me of this. I believe it was an unpublished piece of fan art done by Scott Reed in the spirit of the great Sal Buscema's signature Marvel 80s penciling style. It came out pretty good it was on ebay and if I recall correctly it sold for $180 last year.

Posted by Shlomo Ben Hungstien at 9:56 AM