The Greatest of the Spaceknigts unleashed 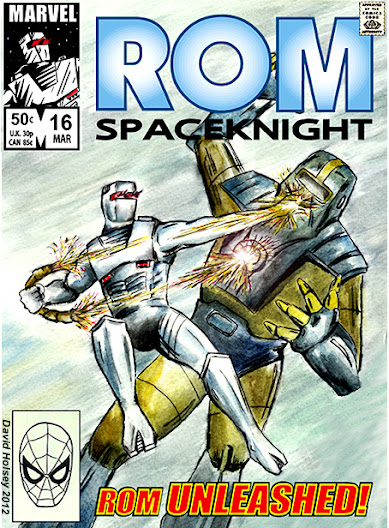 Well just for starters I'm revisiting my ROM Spaceknight 16 cover variant (or re-cover) which is 10 years old now. It's always been one of my favorite fan art efforts. 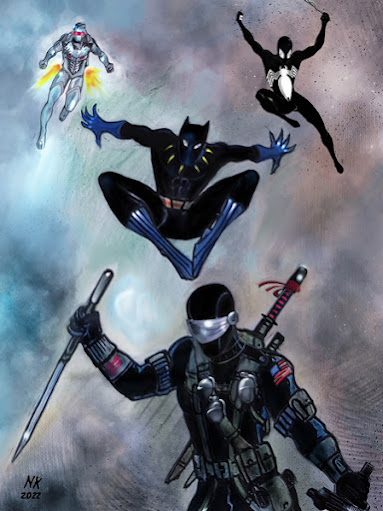 But I also have some brand new kick ass Marvel 80s extravaganza fan art to showcase today thanks to my fellow artist in Greece (see link below). Here we have something of a mutliverse team-up cross over with G.I.Joe's Snake-Eyes and a number of Marvel superheroes. Now there's so many different story concepts that could work for what's going on in this scene but clearly these guys are getting ready to face some unseen menace. A menace that could be anything from Cobra, the Dire Wraiths, another russian invasion or for all we now the insurrectionist MAGA nut jobs from January 6th in Washington D.C. 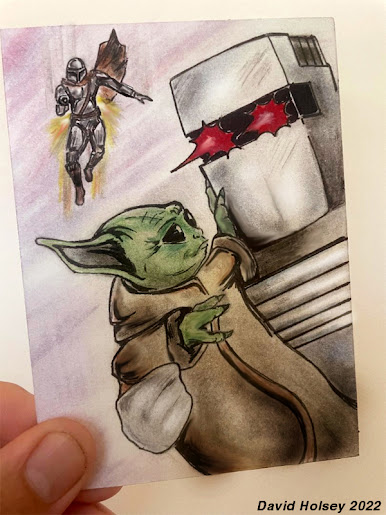 June 25th Update:  I gotta tell ya, thanks to Disney Plus I've learned to love the Star Wars franchise again. Rogue 1 was clearly just a flash in the pan in what has other wise been an utterly miserable series of cinematic disasters for nearly 20 years now. I ended up liking the Kenobi series way more then I thought I would and the last two episodes just really hit it out of the park. Ofcourse I loved the Mandalorian from the very start and despite some of the belly aching from the fan base I think there was far more about The Book of Boba Fett to like then to dislike. Last night I was looking at Mandalorian fan art on deviant art and got the idea for this sketch card. I believe this is my first ever ROM Star Wars cross over fan art effort. It's about damn time! Posted by Shlomo Ben Hungstien at 9:50 AM