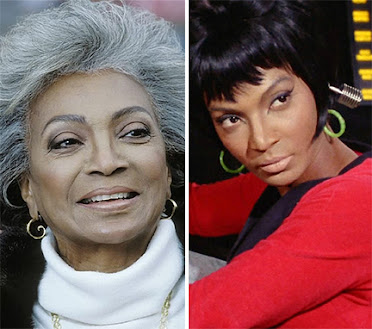 I had just completed putting this posting together prior to the sad news about Nichelle Nichols having passed away so for this posting I'm going to lead with her. I've been a Star Trek fan for pretty much all my life although my interest in Star Trek came on a bit more gradually and a bit later in my adolescence then in the case of Star Wars. I know that given the age of the original cast members that this sort of news shouldn't come as a huge surprise but it still feels like a punch bellow the waist.
Did you know that after season 1 of the original series that Nichols considered leaving the show despite Gene Roddenberry begging her to stay? Apparently it was Martin Luther King who ultimately convinced her to stay on the show. It can't be understated enough how much of a pioneer Nichelle Nichols has been in the history of America's civil rights movement with everything from the first interacial kiss on TV to her efforts for creating more diversity at NASA. She was 89, so when you think of all she achieved both professionally and personally you have to take into account what was going on in America in her life time as a black woman. A beautiful human being both inside and out, Nichelle Nichols leaves an amazing legacy for not just Star Trek fans but also for great achievements off screen to. 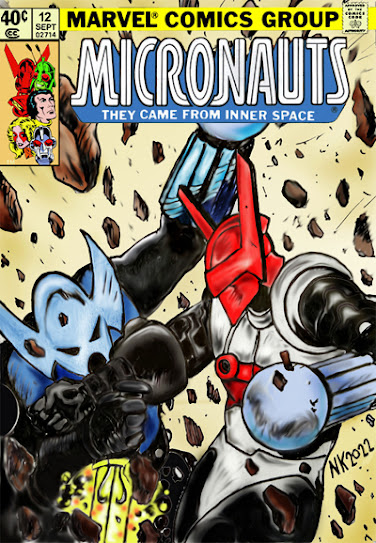 Well the last posting featured fan made cover variant so why not one more to open up this posting to? This was originally a black n' white sketch card https://www.deviantart.com/nikoskap/art/Micronauts-sketch-card-922465755
But I felt it had potential to be something more so I colored it and added the other necessary embellishments to give it that Marvel 80s touch. 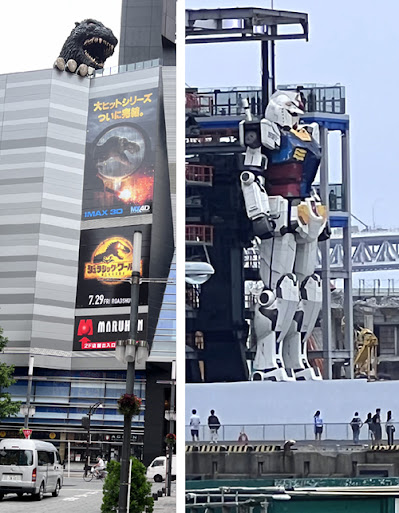 No photoshop nonesense going on here. The Godzilla prop on top of that high rise and the full size Gundamn robot are both quite real. A friend of mine is on an extended stay in Japan right now and he's been sending me some fantastic photos in recent weeks. Some have to do with all things in Japan that are related to the comic book/sci-fi/fantasy genre. Of those, I wanted to share these two in particular because this stuff is awesome and you'll only find in Japan. Those must have been a Hell of a sight to see in person. 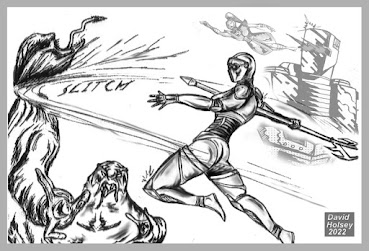 Just on a whim today I decided to revisit a fan art piece that I did 11 years ago although it doesn't feel like it was that long ago. I was always happy with how Ikon came out from a figure composition stand point but I kinda lost my focus with the other elements in the sketch piece and as a result it never did look quite right to me plus it also felt like it was missing something to. you can see the original here romspaceknightart.blogspot.com
IKON was Marvel's attempt to fill the Greatest of The Spaceknights void. And at times there was some promising moments as we saw IKON team up with cosmic powerhouses like Beta Ray Bill, Gladiator, Quasar, Silver Surfer and Ronin. We even at one point got to see her lead a task force of classic spaceknights giving us a bit of the old Mantlo magic from the original series. But that was very short lived and Marvel true to form fucked it all up with her apparent untimely demise along with Galador. We would see a couple brief unexplained appearances not long after that and then that was it. Haven't seen her since 2014 so fuck you very much Marvel Comics. And don't think I forgot about you also IDW with your shitty ROM and Micronauts reboot fails you fucken suck also.

WELL SAID!
Posted by Shlomo Ben Hungstien at 12:10 AM