I want all you people to know I actually bought this on Ebay based on what the cover eluded to after having had it brought to my attention by a fellow ROM fan who lives in West Virgina of all places (thanks Frank!). I knew something like this was not gonna be well known even among our little silver spaceknight cult so I knew this would make for a great blog posting. I tell ya, the things I do for you people. This blog is the gift that keeps on giving. 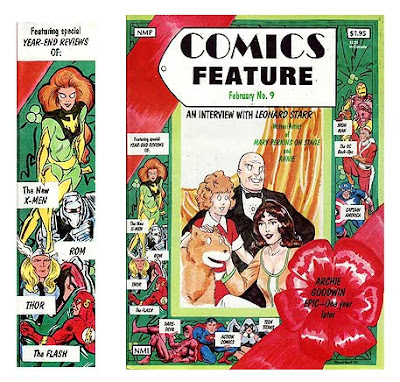 The article was 2 full pages but I scanned it in 4 quarters so that it could be much more easily read when magnified. You'll see at first it opens up with a basic introduction of licensed comics. 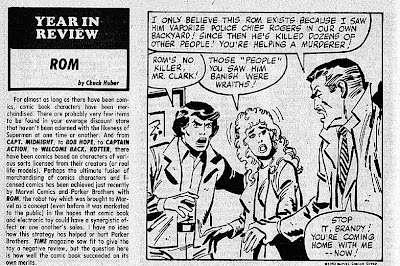 In this portion of the article it talks mostly about Bill Mantlo's approach to ROM as a character and how it would contrast to his work on The Micronauts which was another licensed comic as you all know. It also, talks about Sal Buscema's pencils on the book. 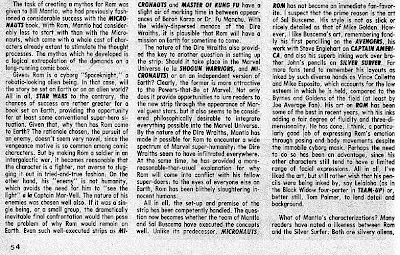 Here we see comparisons between ROM and the Silver Surfer and Mantlo also catches a little bit of criticism on how he has characterized the Dire Wraiths. 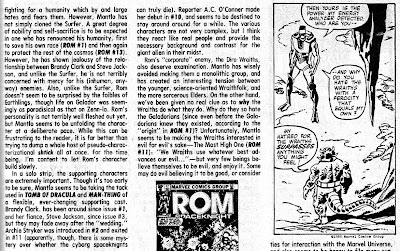 The last portion of the article talks mostly about ROM's integration into the Marvel Universe and the Dire Wraith infestation of Earth. In general the article was pretty good and the author wrapped it up on a pretty positive note. 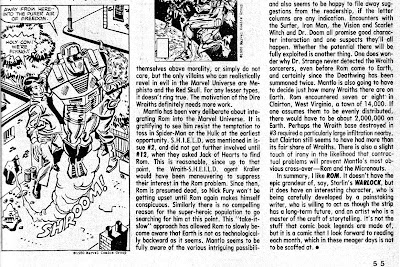