Most of you will recognize this FF 216 splash page with the ROM Easter egg as something I've posted before. But thanks to this Fanatastic Four trade I had from the library I was able to get a nice color scan of it. Take note of all some of the staff listed in the credits like Torpedo creator Marv Wolfman and of course Bill Mantlo. We also have the late Mark Gruenwald who's first wife (Belinda Glass) offered the inspiration to Bill and Sal for the Sabra character which is Marvel's first Israeli superhero. 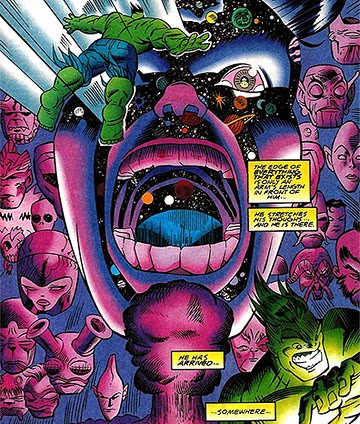 Here's something of another type of Easter Egg from Incredible Hulk 472 (1999) which Gary Martin Jr. picked up fairly recently. Can you find what it is our resident Rom curator spotted here?

I whipped this up a couple weeks ago but I think most of you have seen it already on deviant art. All the custom figures of spaceknights from ROM #26 that Chris has been making lately I think partly inspired me to sketch this scene. 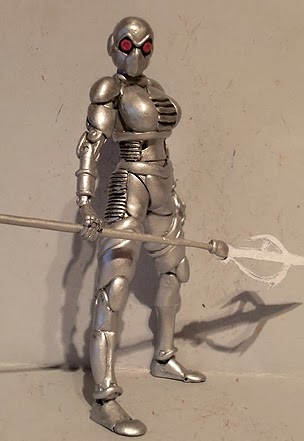 And speaking of custom figures check this out. This Ikon spaceknight custom comes from Italy and was on ebay earlier this week with a starting bid of $100. Thanks for the heads up Gary this is pretty damn sweet I sure wish we could have scene some where along the line Ikon mix it up with Terrax like some of her 1st generation brother spaceknights did. 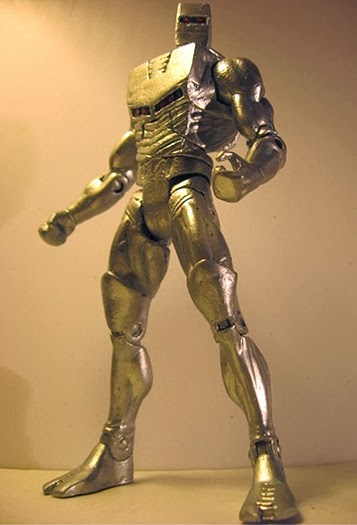 However, not to be out done by any other custom figure designer I proudly present the original greatest of the spaceknights custom by Chris http://custom777.deviantart.com/

And if you haven't seen this yet check it out. The only thing that would have made this cooler is for Buzz Light Year to get tongue spiked through that glass dome by a Dire Wraith. Something like that happened on page 18 in X-Men 186 where a guy gets it through his front wind shield http://braveandboldlost.blogspot.com/2013/12/buzz-lightyear-and-rom.html