Someone over at Plaistallions really likes ROM 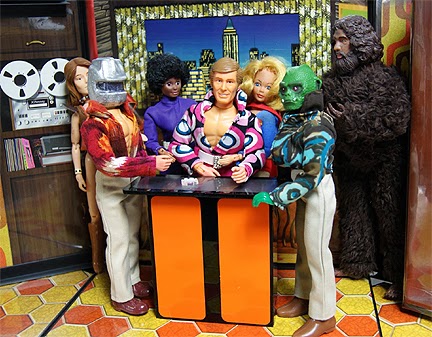 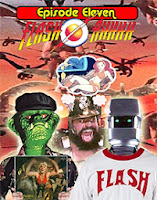 This photo turned up last week for the New Years Eve posting on Plaidstallions but in general I've noticed how Rom has been this reoccurring theme on that blog. Now of course as expected there's a fair amount of postings devoted to the Parker Brothers doll including stuff having to do with it's marketing campaign at the time.  But they also do a series of pod casts called Pod Stallions in which each posting for a new episode has some kind of specific art work for that episode's topic. They had a good one recently for the 1980 Flash Gordon movie. Even though I've seen that cheesy flick a million times over the years that pod cast still brought back some great memories. But regardless of the episode topic they always have ROM in the episode art work theme: http://plaidstallions.blogspot.com/search?q=Pod+Stallions
1/11 update: speaking of podcasts check out what just turned up for Rom # 8 and 9 http://bronzeagecomics.tumblr.com/post/72945655368/rom-spaceknight-9-why-is-it-ok-to-murder
For those of you who are fans of Bill Mantlo's work on Cloak & Dagger http://marvel1980s.blogspot.com/2014/01/1983-origins-of-cloak-and-dagger-marvel.html