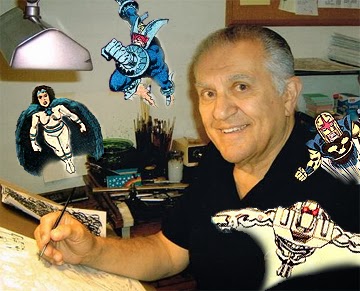 Let's open up this posting with a big happy 78th birthday to Sal Buscema! Can't say enough good things about this guy's work other then that it is timeless it would look as impressive in today's comics as it did 20 or 30 years ago as seen here in this clip art from ROM 24 and his ROM/Mars Attacks bonus pin up page from IDW last year. Blasting away with his neutrilizer while simultaneously bitch slapping skrulls and chocking the shit out of Martians now that's just bad ass all the way. 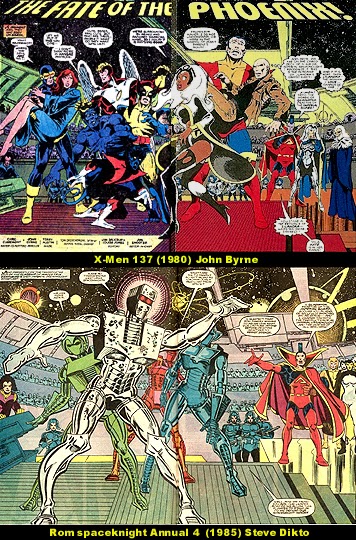 When it comes to Steve Dikto's work in the 80s and 90s it's like the Emperor's new clothes. That is to say that no matter how lame the emperor's new clothes are because it's the emperor the people around him will always say he looks great. Now at least I got you all to admit (albeit begrudgingly) that Dikto's run on Rom was far inferior to Buscema's but there's always a bullshit caveat that comes with that admission like "but I'm still glad he worked on the book" or "but I still liked it".

Ya know what I say about that? That's fucken BULLSHIT because if that same art work was attached to any other name other then Steve Dikto and you were taking it at face value none of you would have any problem saying straight up this sucks and we both know it.
But hey, why should I have all the fun here? One of my favorite videos from The King of Thessaly (K.o.T) actually has a review of a Speedball issue (at 6:50 into the video) written and drawn by Steve Dikto. May the Gods of Galador smile upon you bro for this one I miss your vids. Aside from that how can you not love a guy who stores his _____ in a tin adorned with anti-drug super heroes like Cloak & Dagger?