Finally! An animated series from marvel that doesn't suck. The Black Panther 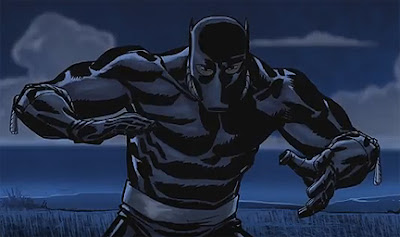 I'm only 2 episodes into this 6 episode Black Panther series and I'm already convinced that this is the first good animated series from Marvel Comics in over 20 years! What makes it so good exactly? I'm glad you asked. First of all, it's well written. And not just because it's boarder line R rated with shit like booby traps that impale people and villains seeing prostitutes. It's funny with out being campy, touches on social issues like religion and race in a very fearless way and is heavily steeped in history and international politics in something of a James Bond kinda fashion. It takes everything that was good about The Black Panther movie and expands on it but at the same time it feels a little more like the Black Panther you grew up with in the Marvel Comics universe. I usually expect this type of sophistication in animated features from DC so it was nice to see it in Marvel for a change. 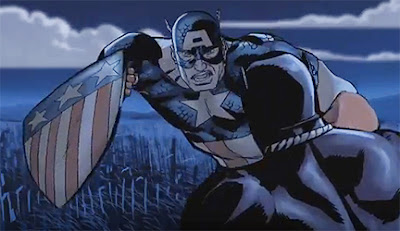 Did I mention all the appearances by other characters in the Marvel Universe? Even within the first few episodes you'll see over a half dozen of those. Here's Captain America while on a covert mission in Wakanda having something of a misunderstanding with Black Panther during WW II. 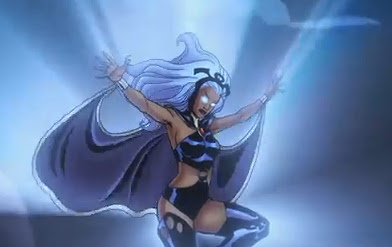 So far, I really can't say enough good things about this animated series and it's got me even more stoked for Avengers Infinity War later this month. Who doesn't love Storm right? And you'll get to see several other X-Men to. 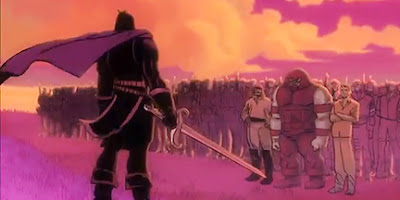 Now if you'll excuse me I need to get back with my Black Panther binge watching today on Youtube. I'm trying to get through the rest of the episodes (just 3 more to go) before I have to go to bed it's Monday tomorrow and we all know what that means. 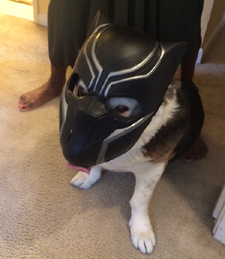 So here we are a few hours later and I managed to finish watching all 6 episodes and even our sweet little 12 year old corgi beagle mix (Chevy) enjoyed it. So much so that we managed to get her to hold still just long enough to get this adorable photo. So in closing folks this was some really good stuff and little did I know this series goes back to 2011.

Also yesterday, I saw this on the news and it had me cracking up so I recorded it with my iphone and posted it on youtube.
Posted by Shlomo Ben Hungstien at 4:44 PM