Gonna open up this posting with this newly discovered classic ROM (IDW you still suck!) and Ms. Marvel (or Captain Marvel if you prefer) team up fan art piece and as you can see I also included some ROM vs Thanos themed fan art by the same artist who goes by the handle robomonkey on deviant art. 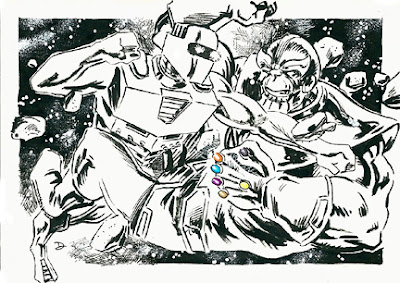 April 28th Update: Just got back in from seeing it and I have only one word . . .apocalyptic. With an even bigger and grander ensemble cast then Civil War and even more gut wrenching tragedy then Logan Avengers Infinity War will be the fastest two hours and forty minutes of your life. Not to mention the wait for the end credits scene. An end credits scene which is quite ironic for me considering the head line fan art I found for this posting only about a week ago. To be honest with you, what few complaints I do have are hardly worth mentioning. Mostly a few little logic gaps and a couple things that could have been explained a bit better and so on.
The writers did a good job of striking a nice balance of screen time with all the characters and I also liked how the story line broke up all the various characters into different settings in order to create new interactions and even personality conflicts to explore. A lot of themes were also explored as well that tested our heroes. We saw some of the unlikeliest characters coping with issues of fear, sacrifice, self confidence and even the challenges of coping with really shitty stuff that's inevitable. Aside from all that and despite this being a very dark film we still got a lot of the humorous banter we've all come to enjoy and expect from the MCU. 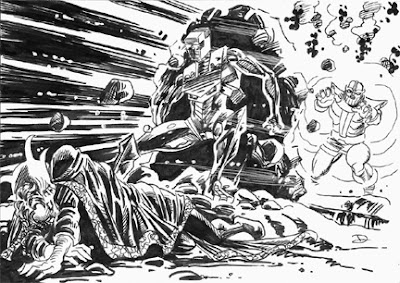 When it comes to Thanos (and his crew), DC could have borrowed a page from Marvel's play book when it comes to developing villains on the big screen who have been around for many years in the pages of comic books but are not house hold names yet. I really fear for the DC cinematic universe at this point I just feeling like the rapid successions of hits from Marvel is practically steam rolling whatever they can come up with. But getting back to Infinity War, it leaves you with a lot of questions and in general a lot to process because of all the shit that goes on for that nearly 3 hour running time if you include the end credits scene. I suppose that can be a good thing or bad thing depending how you might want to look at it. It really sucks to think of how long we might have to wait (hopefully no more then a year) for the sequel because I want to see it now . . .dammit. 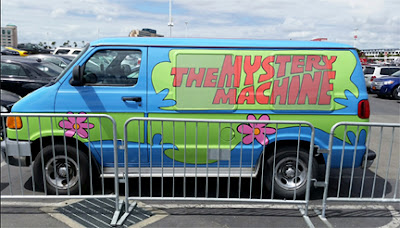 After I got out of the theater and turned my phone back on I had this photo waiting for me that a friend sent me while he was at an event at Levi Stadium in Santa Clara. Would have been cool if he had actually been able to talk to the owner about this van. 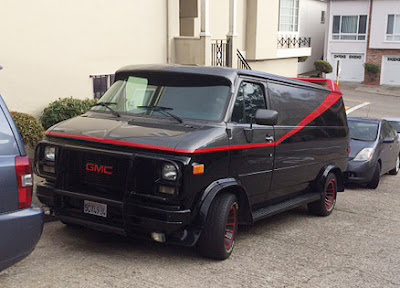 And speaking of signature vans from the 80s here's the the one the A-Team drove around in. I took this photo almost two years ago while passing through a random neighborhood in San Francisco. I love it when a plan comes together. 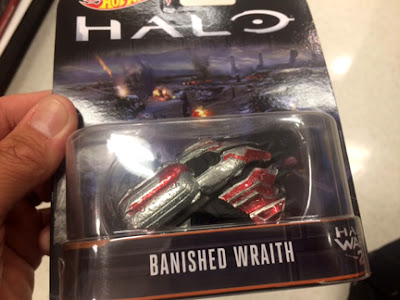 I'm not a gamer or into the whole Halo thing so I must have passed by this toy with out ever noticing what it's called probably over a dozen times in the past year. But by random happenstance a few days ago it finally caught my eye. 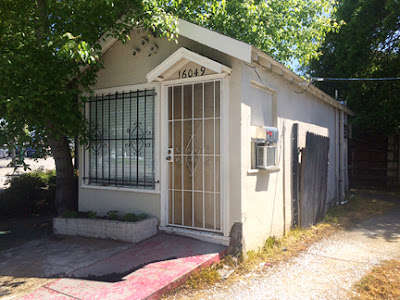 Here's a little something from my past I feel like sharing today. This little place in San Leandro used to be the first comic shop I ever went to. It opened in 1980 but it wasn't until 82 or 83 that my dad first started taking me there and it was at this shop where I had my first opportunity to start finding the ROM back issues I needed. I even remember seeing issue #1 boarded and bagged up on the wall going for $5 which was a lot of money at the time for a kid who was around 10 or 11 especially with the cover price of comics being only 65 cents back then. By the late 80s and through out the 90s it wasn't that uncommon to find ROM #1 in a dollar box but today the asking price for a copy even in fair condition seems to start at around $25.

Posted by Shlomo Ben Hungstien at 2:08 AM