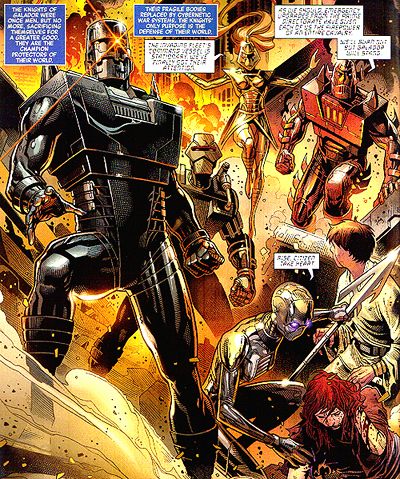 Well folks as you can see here Infinity #1 does have your spaceknights and Galador. Seven pages worth to be specific although rather you are happy or not with what happens in those seven pages is another matter. But since I know almost all of you will not have had a chance to pick this up until later today or this weekend I'll refrain from posting any more clip art or talking any more about what happens especially since I probably won't get a chance to give this double sized issue a thorough read until tomorrow or Friday. At that point I may post again with my thoughts on it and so on but we'll see. 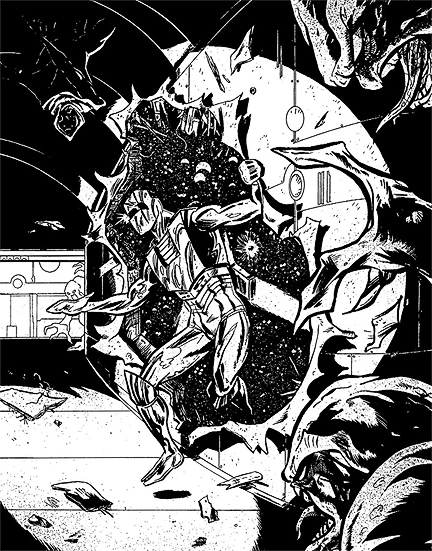 Here's something new I recently found from Dann Phillips. I like the unique nature of the scene my first thought that it's some kind of space vessel that's been talking over by Dire Wraiths that maybe was able to send a distress signal before the Wraiths got to em. Or maybe it's a Wraith warship that ROM is boarding right after he got done giving it a beating in battle. Dire Wraiths can with stand the vacuum of space as far as I know but hey, I'm just nit picking now.
Also, here's some other stuff worth looking at. It's a homage to X-Factor #1 that features a number of characters from several publishers including two from Marvel with one happening to be one silver spaceknight: http://dashmartin.deviantart.com/art/Multiverse-II-161977028
GLORIOLE! http://nikoskap.deviantart.com/art/Gloriole-392214802

Moving right along I wanted to leave a message for Ceoria from the ROM and Me web site. So by now many of us know about your bad experience from before. But if the title of this blog is any indication that sort of bullshit won't happen here. This blog site was created to be a community of Rom fans as well as others who like comics and sci-fi to share news, art and ideas. So if you're out there I'm extending an invitation to join us here it's all good, the past is the past. 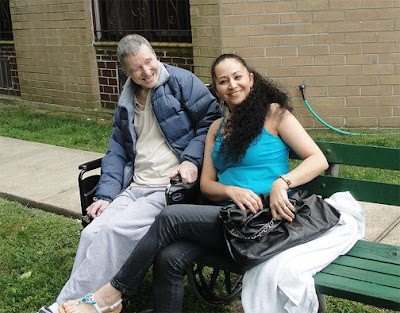 Here's a nice photo of Bill Mantlo from last weekend with his sister in law in which she was able to get him outside of his hospital room which sadly doesn't happen very often.