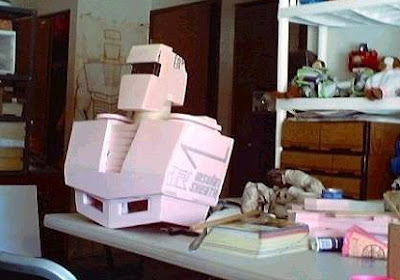 Well I can tell this is some sort of bust sculpture as opposed to a part of a fully body costume (DAMN!) based on the information provided but if you have any more questions about this I'm afraid I don't have any answers. If you happen to know French better then I do you're welcome to help the rest of us out on this one: http://www.universmarvel.com/forum/index.php?topic=3518.0 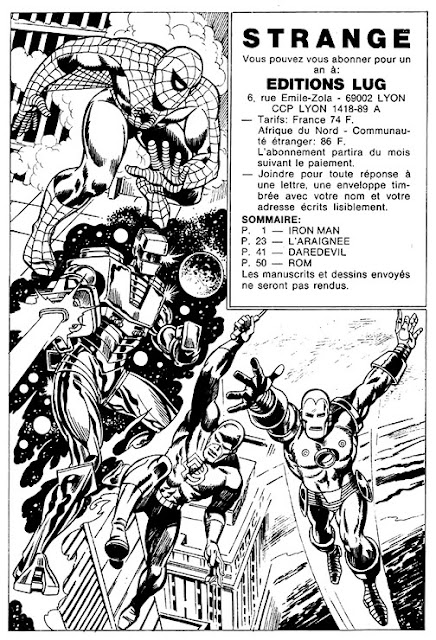 Obviously here we have an index page to an issue of Strange Magazine that includes a reprinted ROM story but as far as I can tell that index page features some original art and it's pretty damn sweet I wish I knew who the artist was. This is pretty refreshing since usually the Strange art that was featured was always some kind of inferior derivative of original art from the ROM series: http://romspaceknightart.blogspot.com/2012/04/rom-and-his-international-appeal.html A Spanish publication did something similar but they generally ended up with better results: http://romspaceknightart.blogspot.com/2012/03/new-fan-art-by-miguel-martinez-rom.html 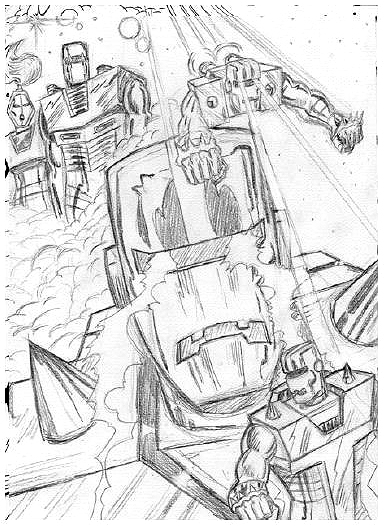 Same goes for this Terminator fan art which I also found on some other site full of nothing but French writing. Normally I don't like fan art that's mostly made from referenced clip art but this is an exception it's a well composed montage piece it has nice balance to it. So with that I say Viva La Terminator! 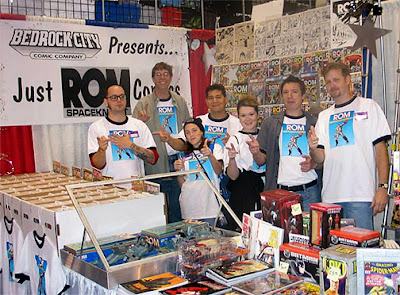 Now here's something cool that has nothing to do with the French. Some body shared this with me from the Bedrock City Comic Co. face book page along with the following information: So we decided one year to buy a booth at a convention and sell nothing but Rom the Space Knight comics and stuff. It amused us so we just went with it! We had 13 long boxes of Rom, Rom original art, Rom action figures, CGC Rom comics, Rom T-shirts and more. Here's some pics from our show as "Just Rom Comics"

Well that's it for the moment, next up well see if a trip to my LCS (local comic shop) isn't in vain like it was last Wed. was as we find out if Infinity #1 is worth picking up or more bullshit.
Posted by Shlomo Ben Hungstien at 12:00 AM