Classic spaceknight fandom & thank The Enigma Force this never was! 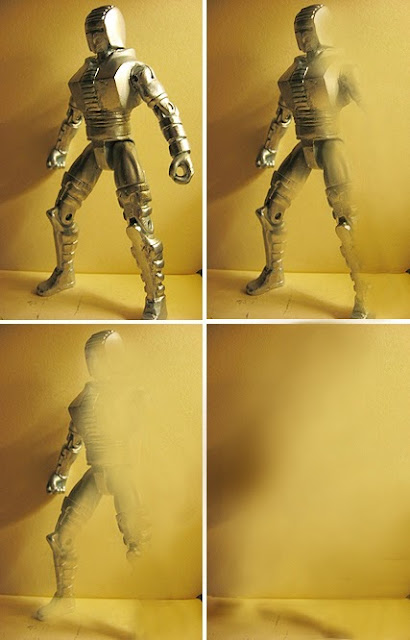 We've got a lot to get through here so let's go. This is Unam "The unseen" from Galador's spaceknight Squadron. I decided to leave the shadow in the final panel given that Unam's invisibility comes as a result of his armor projecting a holographic mapping image of his surroundings. Which means that his "invisibility" is the result of a sophisticated form of camouflage not unlike The Predator. Being truly invisible would make you transparent in which light would pass through you which would result in no shadow being cast: http://scans-daily.dreamwidth.org/4016200.html

I just found this Firefall CG video clip on Youtube. Ok it's not top of the line stuff but it's still fun to watch and something different as far as Rom related fanfare https://www.youtube.com/watch?v=pnYyk1zmJrg 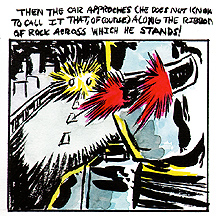 Here's something interesting. This isn't just some nice fan art this is actually a panel from a re-creation of a page from ROM #1 illustrated by artist Claire Connelly. It's part of a Sal Buscema & Bill Mantlo homage project to reprint the first issue in which each page is done by an individual artist.
You can see the rest of Claire's page at this link http://thinkillustration.tumblr.com/ (scroll about half way down)   Here's another page I found done by a different artist:  http://plasticfarm.com/?p=2159 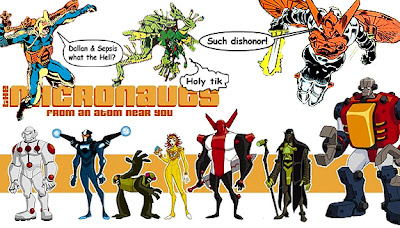 Now I realize I may ruffle some feathers with this last part of my posting but I gotta speak my mind on this. I am so glad this cartoon never came to be! I can already tell based on the animation style that this would have been exactly what I don't want to see a sophisticated 80s comic book series get turned into. That being a rather silly looking cartoon loosely based on a comic book title and written for a mostly pre-teen audience.
Be sure to magnify the art. What's up with the conjoined twins Bug variant? If he has a head on both ends how the fuck is he supposed to take a dump? Why the ridiculously small legs on Acroyer and was it necessary to make Boitron look like Frankenstein's monster? And any toy line based on this series would have been just as dreadful. It would have been nothing like the Mego line from back in the day, but instead figurines with bizarre proportions and utterly inarticulate. Some people may have seen this as being some sort of homage to Bill's legacy but I see it more as a pathetic knock off on the amazing world that Bill Mantlo gave us with The Micronauts. This would be cartoon series is right where it belongs, on the proverbial drawing board.