Some cool customs and a special message for mr. hickman 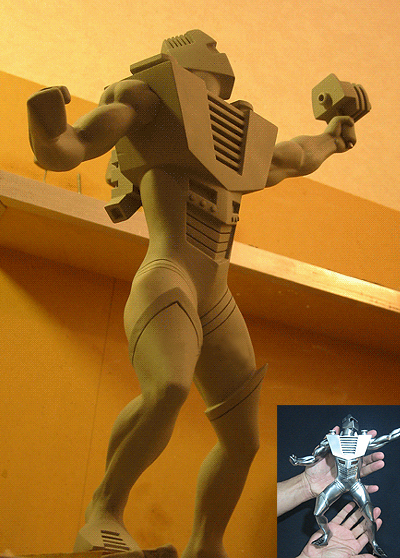 I found this production image of the Helder M. statue. Now you've all seen the statue before but I bet you never saw it quite like this. And by this I'm not talking about the pre-paint job version I'm talking about this angle it's shot from. It's about a foot tall but here it looks like it's more like 15 ft tall. It's got the creative wheels in my head turning I kind picture it as just one part of some bigger epic battle scene illustration. I'm not making any promises at this point folks I'm just sayin. 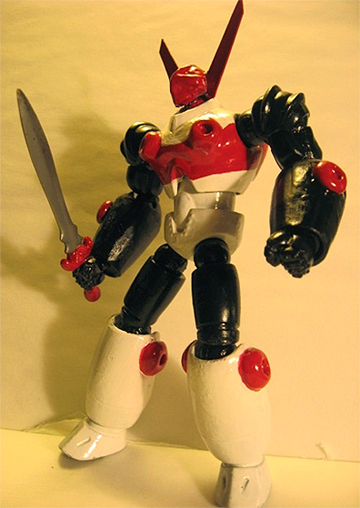 And now for some other Bill "Micronaut" Mantlo inspired coolness we have a new one from our resident custom figure guy Chris! Ya know I often compare Rom to Optimus Prime but really Rom and Acroyer have a lot in common as well. They both have that stoic noble warrior king mojo going on. 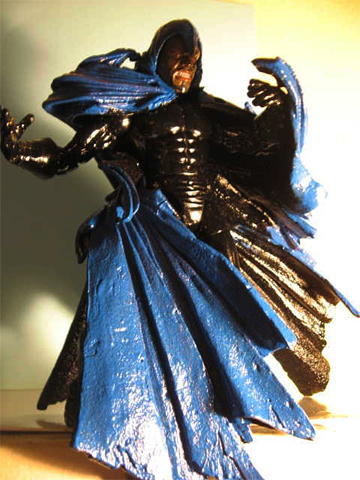 And just in case you happen to be one of the few people who didn't see this Cloak custom in Chris's gallery yet.

And just so you all know I did read that CBR article with jonathan hickman and his reasoning for destroying Galador. What a crock of shit! Oh what, am I supposed to get excited now because maybe three or four months from now when Infinity ends there's gonna be a panel of some refugees from Galador who swear they're gonna find a new home and re-establish the spaceknight order someday? Yeah let's have a Rom fanboy circle jerk over that epic moment, fuck you hickman you fucken suck! Ya couldn't have even thrown Ikon a bone before you killed her off she and Quasar never did get a chance to hook up. 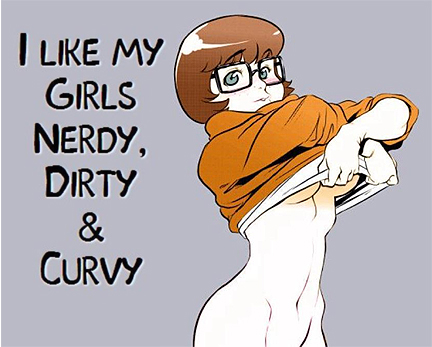