I've known for a little while about the death of  The Jack of Hearts in Avenger 491 and I'm sure most of you know about it too so I'm not going to go into a recap of it. A Google search with key words "Jack of Hearts Avengers" will send you to sources for the synopsis and more clip art easily enough. And speaking of clip art in regards to his death I only came across what you see here fairly recently. As a hero who's father (who loved playing cards) was murdered and had led a life of torment due to the unstable nature of his powers I can't think of a better bit of writing in regards to Jack's final words. Now I can't say if Bill Mantlo would have approved or disapproved of his creation being killed off but I'm willing to bet if he were to be ok with it he would have been really happy about the way it was handled in Avengers 491.

After all Mantlo killed off The Torpedo who didn't exactly go out in a blaze of glory but at least he went down swinging. Although created by Marv Wolfman The Torpedo had his longest notoriety in the Rom spackenight series. Now I've heard, but don't quote me on this that Jack has appeared since then in the Marvel Universe. If you know anything about that please do share with the rest of us. In closing I just wanted to say that I really love the costume that Jack was sporting by the time of his death and the art here is amazing. Do you have any idea how hard it is to draw a face from that perspective? Moving on to more Mantlo inspired work . . . 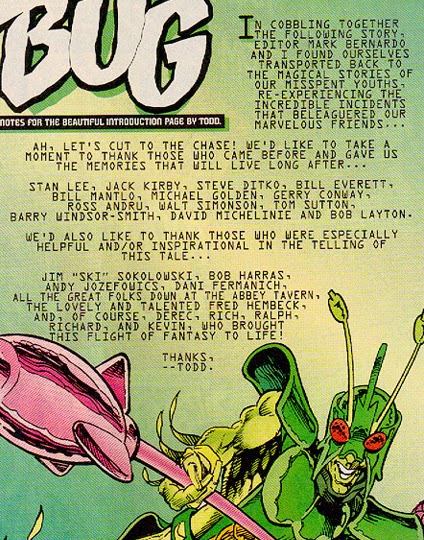 This tribute page comes from the 1997 Bug 1 shot. Of course you can't list the greats of the Marvel 80s with out including The Boisterous one. On the flip side I can think of at least one name here I would have left off however. 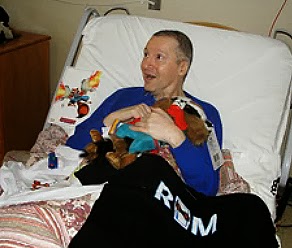 Posted by Shlomo Ben Hungstien at 9:36 AM