Dust in the wind 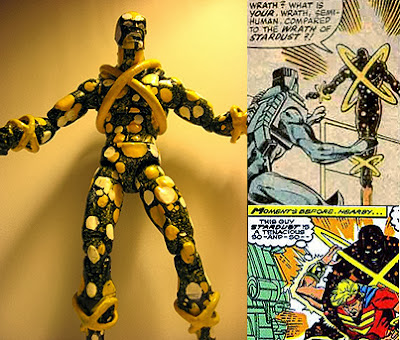 Actually the posting title probably should have been Stardust in the solar wind. There actually is something as solarwind astronomically speaking Google it. But I'm hoping someone out there picks up on what I'm referencing with my posting title as it is. So moving right along, what we have here is the latest custom figure by Chris which I'm sure most of you have seen already but here it is just in case for you followers who aren't on farce book or deviant art. We first saw Stardust in Rom annual 1 but he again made a brief appearance in the Quasar series. 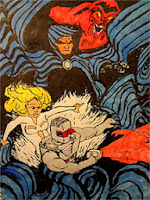 Although he wasn't able to get it to me in time to include in the Bill Mantlo fan art birthday package I sent off last week you'll be happy to know we made sure this fan art by Zhaanman never the less will be getting to Bill in time. And moving on here we have some more foot notes from Gary Martin Jr. Ya know it seems like there's two different types of foot notes and here are some examples of what I'm talking about.


Doesn't it seem sometimes that foot notes are more about promoting other titles then having to do with a truly relevant tie in? Take this clip art from Captain America #305. We saw Cap. in both Rom #65 and 66 and even though it was mentioned in 65 that heroes from every corner of the globe had come to fight in the final battle of the Wraith War Captain Britain never makes an actual appearance.
On the flip side here's a foot note from THOR 354 with Beta Ray Bill who did appear a couple of times in Rom #65 as well as on the cover http://romspaceknightart.blogspot.com/2013/04/the-marvel-appearance-that-sadly-never.html
That one makes a lot more sense to me, so does this one from The New Defenders.

Oh boy Gary Martin Jr. "a Rom curator" just saw my posting and called me out on my latest misinformation fuck up. Indeed Captain Brittan did appear in Rom #65 and on the very same page as did the Defenders no less. But there he was sporting his red costume as we knew him in the 80s. More foot notes on the way.
Posted by Shlomo Ben Hungstien at 7:04 AM