A package full of fan art for Bill Mantlo's birthday

So before I dropped all this stuff in the mail for Michael Mantlo I decided to take a snap shot of it all for you good people. So I'm sure you recognize my latest fan art which I made some high quality laser prints of. I wanna thank Randomnerd for sending me her copy of  geek magazine from last month which allowed me to make that very readable quality xerox copy. My buddy Randy whipped up some fan art of the U-Foes which first appeared in Incredible Hulk 254 ( Bill & Sal ). We should be seeing a color version in the near future. And from one of my regular commentator's (Joseph) we have something from his ten year old son who loves both the Hulk and Rom and also has half the Rom series but swears who will have them all some day. 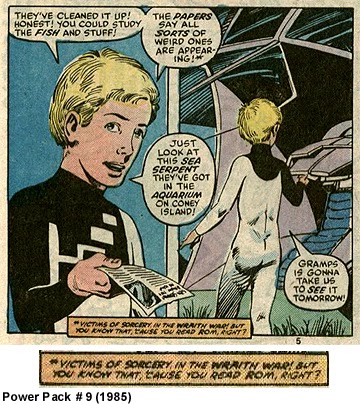 There was a little bit of trash talk about the Power Pack series in the comments section of the last posting. But in all fairness I did have at least one issue back in the day. Ironically it wouldn't be for about 27 years later that I would learn the very same issue I had contained a Rom foot note. I can thank Gary Martin Jr. "a Rom curator" for that and in the next posting we can all thank Gary for some of the other Rom related foot notes I'll be posting. 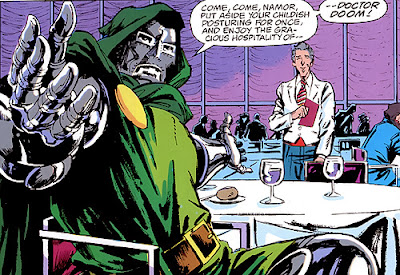 And we're back with some more Dr. Doom even though unlike What If #39 (Vol. 2) this clip art is totally unrelated to Rom or to Bill Mantlo's birthday but I love it so much I'm adding it to this posting anyways. This is such classic Dr. Doom the dialogue and so in keeping with what makes the character so awesome. For the low down on where this clip art is from http://majorspoilers.com/2011/07/10/retro-review-marvel-graphic-novel-27-emperor-doom-1987/
Ok so look, since Dr. Doom mentioned the Sub-Mariner (or Namor if you prefer) I'll stop my childish posturing and throw in this other foot note into the posting I just got from Gary recently that comes from Incredible Hulk 277. 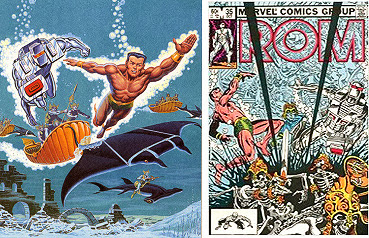