So much cool new ROM stuff from the fans lately! 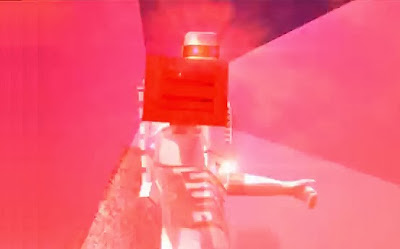 I've shared a lot of this recently discovered stuff with those of you I know from Farce book and Deviant Art but for those of you who I don't know through those social networks I'm gonna make a special posting today. First up there's this re-edited version of the ROMfall video it's got some cool extra added footage as you can see from this screen shot https://www.youtube.com/watch?v=YbrPZPEqPuA

And speaking of Deviant Art, not just one or two, but three new pieces of fan art just turned up by a certain artist that I'm convinced at this point has an addiction to illustrating ROM related fan art. The new stuff includes other spaceknights, The Torpedo, Jack of Hearts and Nova! http://dannphillips.deviantart.com/gallery/

On a not so high note as far as new ROM fan art goes here's the latest page on the Rom #1 remix project. There's an obvious aspect about it right away that makes me feel less then thrilled about it can you guess what it is? https://twitter.com/RomSpaceknight

Wednesday update: I'm just adding this catalog photo image here today because it's just so rad and brings back some great memories. I used to have that Micrnoauts play set and oh my God do I wish I had had that Space 1999 Eagle 1 shuttle both the play set and die cast version. I also had one of those giant Shogun Warrior dolls but not that awesome Raydeen as seen here. So much cool stuff in this catalogue except for maybe item B or D, but that's just me.

Posted by Shlomo Ben Hungstien at 9:52 AM