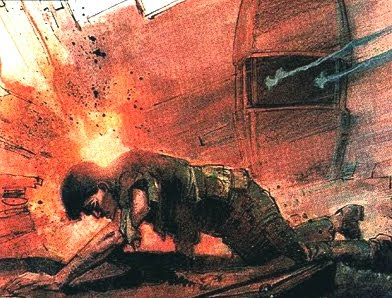 Yeah that's right an inside job. 19 guys came inside our boarders pretending to be here for legitimate reasons and hid in plain site (just like the Dire Wraiths and with that analogy we see again how art imitates life) until they hijacked four planes filled with civilian Americans and non Americans alike. They then crashed these planes into buildings full of more people who were just like you and me and unlike you and me. The people who were 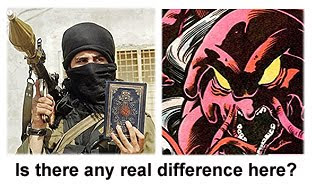 murdered that day were about as random as you could get being made up of many races, religions and other belief systems both political and social. One of the many ironies here is that each one of the hijackers came from a part of the world in which the governments who rule there are among the most brutal and suppressive on the face of the Earth. Not only that but the hijackers carried out their mission to murder out of some self righteous radical religious ideology thinking that the mass murder of random people will bring them 72 virgins in paradise.
Don't buy into that crap that this was all about America's foreign policy (which I'm not saying is beyond reproach) or that the hijackers came from any manner of moral high ground. Living here in the San Francisco Bay Area I've heard it all. An "inside job", really? Why wasn't anybody saying that after the first WTC attack in 94? Oh wait it was "because we're allies with Israel" really? Is that why all the 911 hijackers were from countries (egypt & saudi arabia) that are also "allies" with America. Egypt even has had a long standing peace treaty with Israel. I especially love the "what did we do to make them so angry at us" line of thinking. That's like being a Jew and spending time analyzing why neo-nazis and other anti-Semitic groups like the taliban hate you and want to see you dead. In the face of that kind of hatred one must always respond appropriately which is any way but nicely.
Yesterday I heard that just 8 weeks ago was the last time someone died of a disease they contracted as a result of b 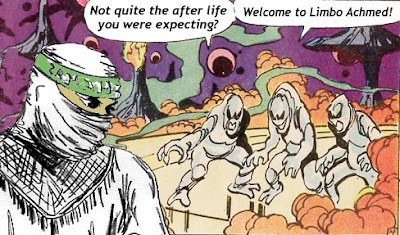 eing in or nearby ground zero on 911. We owe it to that person, as well as to the people who died out right that day and to God knows how many others that are sick in both body and spirit still today to see that everyone who was involved in that terror plot gets a surprise visit from a U.S. SEAL team soon.
Posted by Shlomo Ben Hungstien at 12:03 AM