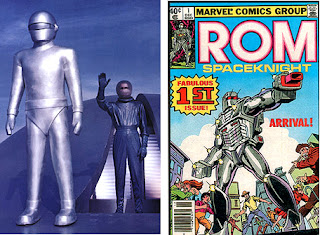 More cool stuff from Frank this time from some back issues of  ToyFare magazine issue 15 which came out in November 1998. Now as far as the whole The Day the Earth Stood Still reference goes it should be fairly self evident when looking at the cover of ROM#1 and this iconic movie still. But if you read the portion of the article below you'll also understand. It seems that the ROM comic book drew inspiration from a fair amount of 50s sci-fi classics such as this and as mentioned in a previous posting Invasion of the Body Snatchers. Aside from that there's some interesting tid bits in the portion of the article about the origins of the comic book that not all fans may know as of yet. 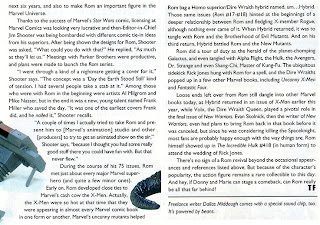 Now before you start to freak out about where the beginning of the article is trust me that portion of it had nothing you don't know already. Ya know the usual rhetorical information about the doll and how it didn't do that well and that the comic was so much more popular and  . . tongue spike me in the head already please. And speaking of which that brings me to this . . . 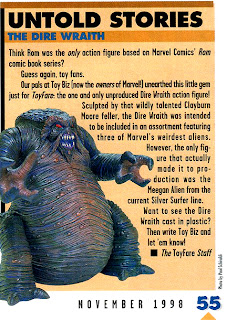 I'll also have you all know that ToyFare #15 wasn't the only issue to ever have featured an article about ROM. Issue #142 back in June of 2009 also had an article. Unfortunately that one really didn't have anything new in terms of art or information to us but I'll still post a preview version of it on May 1st so you can get an idea of what it entailed, see you all soon.

April 26 update: Some new ROM fan art has just turned up in the last 24 hours hours and I'd advise you all to go check it out because I'm sure you've never seen this one before.
http://lkseitz.blogspot.com/

Posted by Shlomo Ben Hungstien at 1:36 AM