Finally, ROM spaceknight & The Avengers join forces on more then just cover art from the 80s

Thanks to a tip left in the comment section of the prior posting to this one I found this cool fan art by a professional animator. If this were only true huh? Especially since Marvel had ROM on a couple of Avengers covers with out having had him in the stories back in the day. That was really annoying not to at least give ROM a cameo in those issues. I never picked up West Coast Avengers #1 (1984) when I realized he wasn't inside it since that issue was on the stands after I was an established collector of all things ROM. But I had no way of knowing when I found Avengers #221 in a back issue bin I just wish I had had the balls at the time to just take it out of the plastic it was in and flip through it real quick. Notice how Hawkeye is a reoccurring character? 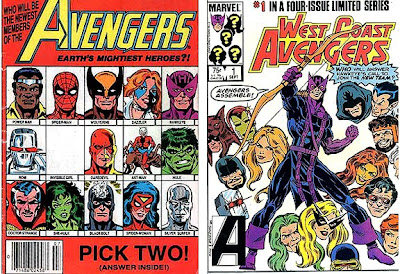 Thomas Perkins has a number of other fictitious animation cell looking art whttp://www.blogger.com/img/blank.gifork that features more some what obscure Marvel characters such as Omega and 3-D Man from the 1980s along side more contemporary mainstream characters of today: http://thomasperkins.blogspot.com/ 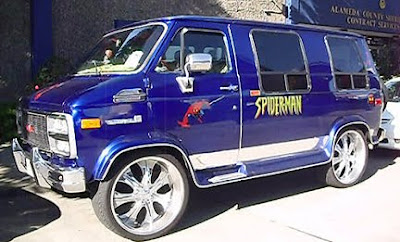 Speaking of the Avengers these days check out this customized Amazing Spiderman van I came across in Oakland CA a couple of days ago. I shot a quick video of it up close. Check it out this photo only shows you a small portion of what this thing has going on: http://www.youtube.com/watch?v=WVzbWKOkem0
Posted by Shlomo Ben Hungstien at 12:57 PM