The Marvel appearance that sadly never was, Rom in the pages of Machine Man 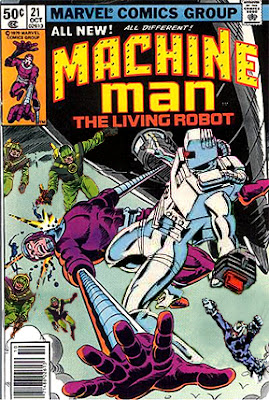 Talk about a cool crossover that never happened. One a cyborg who was desperate to be human again and the other a machine desperate to become human some how. And as irony would have it both were far more human in terms of nobility and a respect for living things then many people out there. I thought I'd also throw in The Torpedo since Brock Jones and Machine Man's human alter ego both worked at Delmare insurance.

In light of Bruce's comment about Beta Ray Bill and Rom I'll add this Thor 354 clip art from Gary Martin Jr. I've been sitting on into the posting. I guess you can say in a sense there already has been a Rom/Bet Ray Bill crossover. Along with an appearance inside, Bill was even on the cover of Rom#65 if you remember. 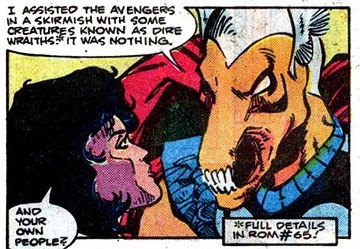 Posted by Shlomo Ben Hungstien at 11:54 AM