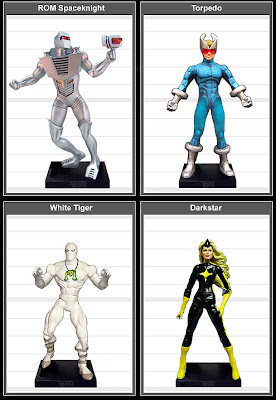 These virtual figurines are based off those really nice and detailed 3" metal statues they've been carrying in comic shops for a couple of years now. It seems like this guy's online gallery largely consists of figurines that haven't been produced yet or won't ever be. The Rom figure was obviously made by "contorting" the M.Helder statue in Photoshop. I recognize The Torpedo from a custom figurine I've seen before and I'll wager the same goes for White Tiger and Darkstar. There's at least a few other figurines from characters that were co-created by Bill Mantlo in that virtual figurine gallery along with some 80s characters I bet you forgot about. Check it out let us know what you think: http://virtual-cmfc-a-z-gallery.blogspot.com/


And next up we have the latest bit of Rom fan art that's recently turned up. This one comes from Deviat Art by the artist who goes by the handle of Stalk. Very distinctive style with a dynamic action pose all around good stuff here. Did you know I usually come across 2 - 3 new pieces on a given month? 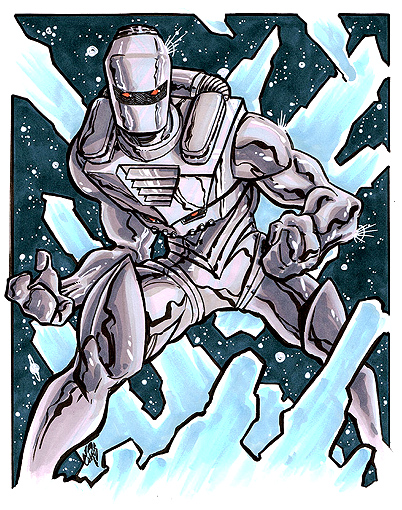 And the Rom fandom just keeps coming! There's already quite a few Rom custom figures out there but as of a couple of months ago there's now one more: http://www.figurerealm.com/viewcustomfigure.php?FID=46808  For any Rom curators out there I recently found a Dire Wraith and Rom reference in the All-New Official Handbook of the Marvel Universe 5 of 12 (same issue that had Hybrid) entry for Immortus in the power/abilities/stats section. There's a cool Immortus addition in that Virtual Figurine gallery.

Darkstar of the Soviet Super Soldiers. First appearance Incredible HULK #258 (Bill Mantlo/Sal Buscema). I found this nice heromorph of her and I thought it could use some dialogue added to it. 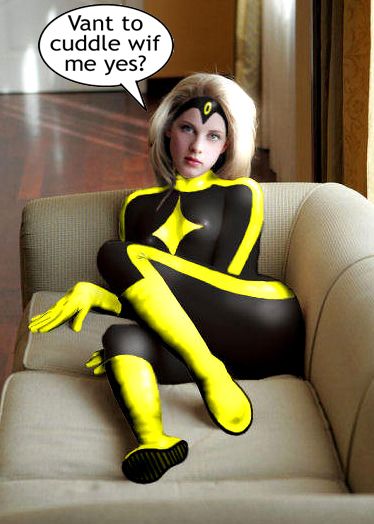