Tigra vs Rom, the power of the pussy 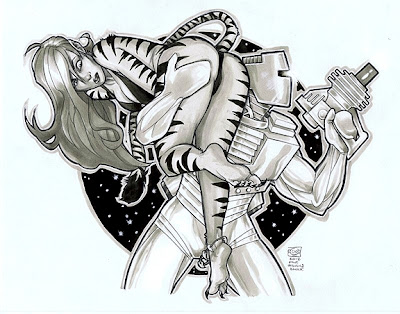 Ok it seems the last bit of fan art I featured didn't go over that great with every one but I'm betting this will appeal to you all more. This is a convention sketch by Chris Rich-McKelvey. I'm not sure what inspired this piece from a conceptual stand point but I love it cause I don't think Tigra is gonna be able to claw her way out of Rom's grasp. Although I think she looks more surprised then scared so my guess is that Rom just saved her ass (I just had to say it) from trouble. Aside from the concept this is just an all around well drawn illustration from everything from the figure composition to nice touches like the partial background. 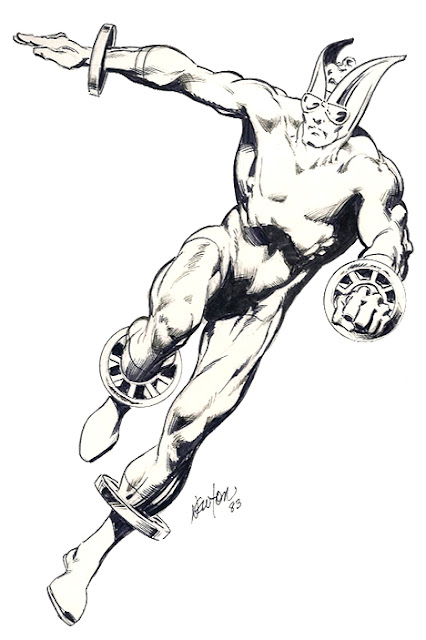 And finally I've found some new Torpedo fan art. This fantastic illustration comes from artist Don Newton. Newton's work here is a little reminiscent of Berni Wrightson's style (early Swamp Thing). How ironic that I should find this fan art of  The Torpedo almost in conjunction with the Tigra fan art above given the nickname we have for cats as described in the posting title. 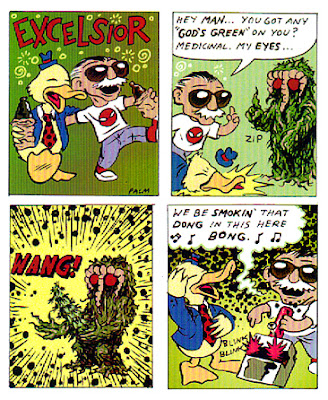 I also would like to thank Rick Hansen for sending me a publication by some independent publisher that was full of parodies having to do with Marvel 80s superhereos. As warned in a note from Rick that accompanied the issue it was rather bizarre but it did have a couple of things in it worth sharing. 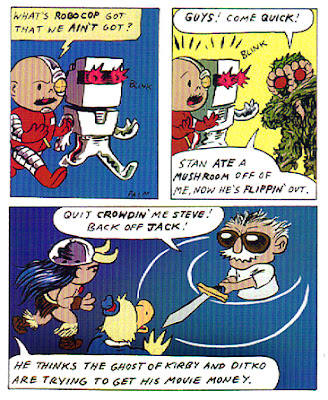 Just as a disclaimer I kinda like this one for the Robocop reference and Man-Thing grown hallucinogenic mushrooms as opposed to the Marvel politcs in the punchline.