Halloween is almost here and something dire this way comes

Well it's just a few more days till Halloween and when I think of some of the scariest moments in the Rom spaceknight series this gate fold from issue 49 comes to mind. Shortly after the introduction of the female dire wraith witches to the series we see them waste little time in plotting their revenge on Rom and Starhine as they descend upon the unsuspecting town of Clairton in what would be a massacre giving the readers some of the most shocking moments ever in the pages of Rom. 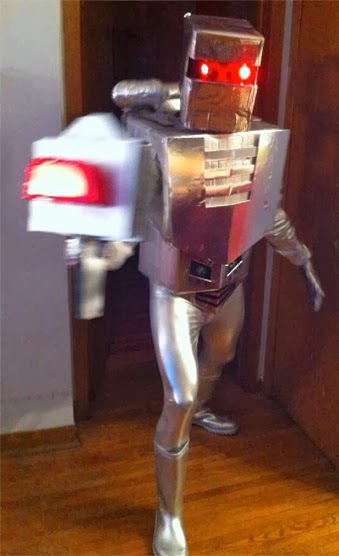 Looks like this guy is ready for Halloween all he needs now are some dire wraith cosplayers. Rick Hansen sent me this Rom cosplay photo through face book. Unfortunately no details about who, what or where came with it. So if any of you know something about this speak up, don't leave the rest of us in Limbo. All that aside I just love seeing new Rom fandom turn up week after week in one form or another. 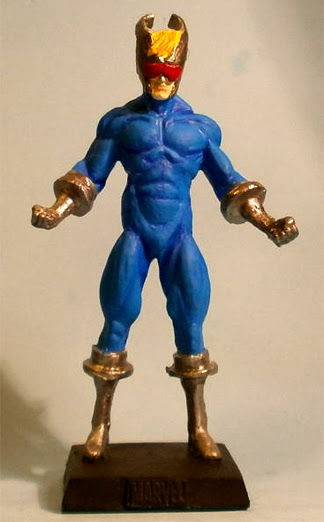 And speaking of the Massacre of Clairton lets have a moment of silence for one of the fallen . . . . . . . . . . . . . . . . . . . . . However although fallen but thus far not forgotten we have this custom Torpedo figurine I found on ebay out of Italy of all places. But apparently there is a limited run of these given that two have sold at this time. The thighs are a bit on the bulky side but it other wise looks pretty good.
By the way wouldn't that be cool if somebody came up with some Torpedo cosplay? I can't imagine that being a costume too terribly difficult to fabricate. Hell, even a sexy dame doing some Turbo cosplay would be pretty great too. Some Sabra cosplay would be great to see as well.

Last up, here's something I found from 2012 MTV Geek


10 Comics We Want From Marvel NOW!

Posted by Shlomo Ben Hungstien at 12:10 AM